Dameisha Beach in Shenzhen is Teeming with Fecal Bacteria

Anyone interested in going to the beach in Shenzhen for a reprieve from the summer heat should be mindful that Dameisha Beach has already exceeded water safety standards three times this season.

Authorities explained the beach failed the test as a result of too many people swimming in the area. Yantian District is currently investigating if a be a fee should be charged to better control the crowds of people that frequent the popular Shenzhen attraction. Other than coming directly from humans, sources of fecal coliform include human sewage, pets and animals, or agricultural uses.

The danger to human health posed by fecal coliform include ear infections, dysentery, typhoid fever, viral and bacterial gastroenteritis, and hepatitis A. A representative of the Yantian District chengguan office expressed shock at the findings:

Previously, we only knew that the water quality of Dameisha was poor, but this is the first time that we have a grasp of a precise number (that shows us how bad it is).

It is unclear if this the first time that the water quality at Dameisha was scientifically tested. 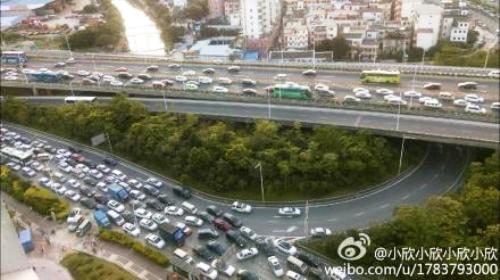 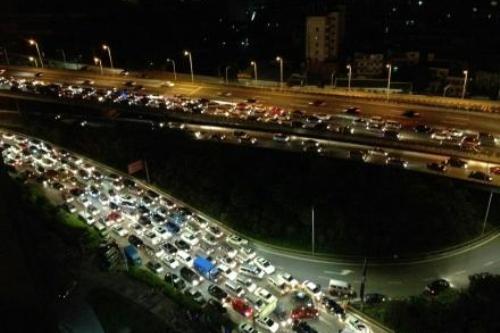 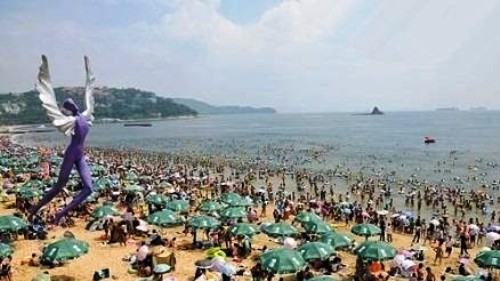 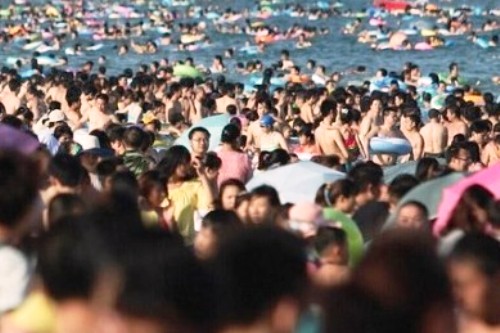 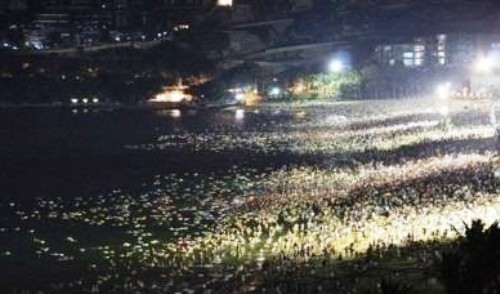 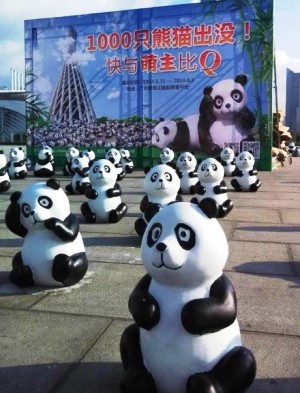 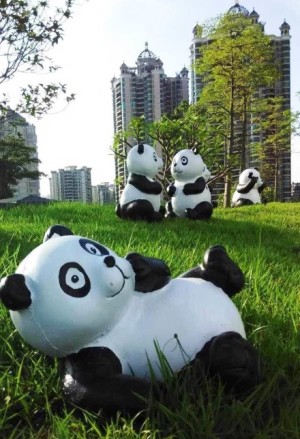 The Shenzhen Special Zone Daily has published a report on the cleanliness, or lack thereof, of Yantian District’s Dameisha Beach after a local businessman complained that the beach was too filthy for his foreign guests.

On the evening of Friday July 5, Mr He and his two clients, an American and Canadian, decided it was too hot to stay inside, so went to Binhai Park on Dameisha beach. However, they only lasted 10 minutes in the water as they were sick of plastic bags and candy wrappers getting stuck to their bodies as they waded.

Having heard He’s complaint, a reporter went to Binhai Park on July 13 to see for himself what the fuss was about. He arrived there before lunchtime when there were already almost 10,000 people on the beach. The water was nowhere near as crowded as it would be a few hours later but the sand was already covered in bottles, candy wrappers, and the shells and cores of eaten pieces of fruit.

There were also plastic bags blowing around, and to top it all off, the reporter saw trash cans that were half empty.

A man at the beach named Mr Wang who lives in Buji told the paper that the problem was a lack of suzhi or character among some beach goers. But he also said that, considering the number of people who swim there, it is unrealistic to expect the water to be clean by international standards.

A Mr Qin who had come from Luohu District with his family described littering on the beach as “immoral as well as disgusting.”

In other news about people lacking suzhi, a woman in Shenzhen’s Baoan District has drawn complaints from neighbours after gaining a reputation for regularly throwing garbage and even feces off the roof and directly onto the ground in her residential complex. You can see the news report, including footage of her in the act here.

But it’s not all bad news on the suzhi front. In recent days, the image on the right of a migrant worker cleaning up after himself on the subway has gone big on Sina Weibo.

The worker was overcome by some mild nausea, and when a stranger gave him a tissue to wipe his mouth, he first got down and cleaned the floor, a respected Panyu-based microblog has claimed.