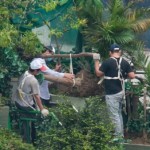 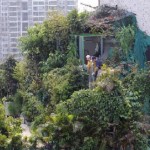 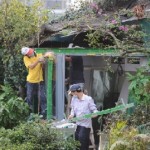 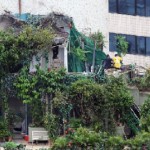 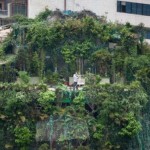 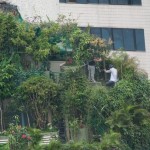 Henan Official: Workers Who Forcibly Relocate Residents Are “The Cutest”

Shao Chunjie outlining where dreams will be simultaneously built and destroyed.

It’s one thing to say outlandish things, but it’s another thing to be proud of it. People online have been buzzing about the sheer brazen gall of a Henan official who praised the government workers employed for the purpose of chaiqian, which is the act of forcibly removing residents from their homes so that they can be relocated as their homes are demolished.

Shao Chunjie is a municipal secretary for the District of Shihe in the city of Xinyang, Henan Province. And now, he’s internet famous.

Shao is said to have lauded these folks that tear down homes and dreams for a living at the scene of the incident, and we know this because he thought it was a good idea to write down these words for posterity. In an essay. Published on the internet. On an official government website.

Published on December 25, 2013 and verified by a reporter from Nandu, here are some choice highlights in praise of these people who sweat and toll so that we may have fresh, new real estate to develop upon:

For sure. I hear that Rage Against the Machine is thinking about a reunion tour.

Grand and noble Shihe People are firmly resolved to overcome any obstacle, and tenaciously hold onto the ideal that “where there’s a will, there’s a way”. They are able to withstand bitter suffering, able to do battle, able to take on great tasks — all with exceptional quality. They have a spirit that will never give up: they can chew through the stiffest bone, and pull out even the toughest nail.

As the people who resist forcible relocation are colloquially said to live in “nail houses”, I think you killed with that pun, Shao. (Way to work with the material!)

And then there’s this:

Upon seeing a veteran of forcibly relocating residents named Zhang Deshun covered in dust, Shao Chunjie became very compassionate and emotional, saying, ‘We humbly thank you who work so hard to tear down these houses for the government. You have suffered bitterly, encountered difficulties, and the government will remember this for always…’

Shihe District resident Chen Gang says says refers to an incident back on December 20, 2013 in which Chen and his family were forced out of their home and beaten before an agreement was even made.

Man, if only my boss was as thankful for all my hard work… but then, I don’t destroy people’s lives for a living. At least, as a mild-mannered blogger, not yet…

An 18-storey illegal building has been demolished in Guangzhou’s Huadu District, the city’s propaganda department has announced. This is part of a trend that spread across the nation in 2013, in which local authorities emphasised their seriousness about tackling the issue of illegal constructions.

The location of the building, near Guangzhou North Station, clashed with some of the goals of the city’s Urban Planning Bureau. The building had a floor space of 22,917 square metres and had already been put into operation. It was demolished Dec. 28 after an investigation into its legality that began in June 2012.

The demolition in Huadu District, image courtesy of Chinanews

The most high-profile illegal constructions of the past year have included the fake mountain villa in Beijing, the rooftop temple in Shenzhen and the Dongguan “castle in the sky.” Guangzhou’s most popular culture park, Redtory, to be demolished

Redtory, a culture park which was converted from an abandoned tin can factory in 2009, is set to be demolished within six years to make way for the expansion of Guangzhou’s International Finance City, XKB reports.

After Liao Xinbo, the deputy head of Guangzhou’s Sanitation Bureau announced that the park would be demolished, there was much discussion among netizens and the original post has already been forwarded over 2000 times.

One netizen summed up the general mood by saying that Guangzhou would lose its raison d’etre if it becomes just another metropolis like Shanghai or New York.

An official in Tianhe District told the newspaper that the western section of the 7.5 square kilometre financial district will be further developed but it is not yet 100% certain whether it will be necessary to demolish Redtory.