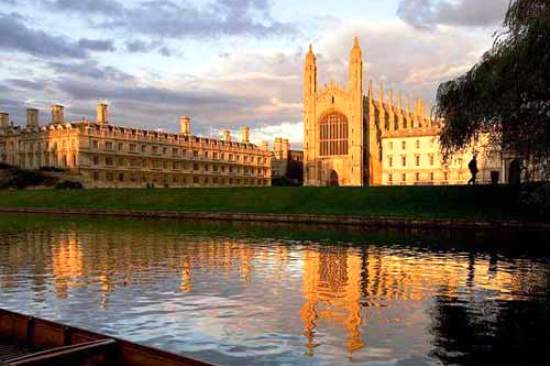 The Hurun Research Academy said in its report that millionaires usually send their kids abroad at 18, while multi-millionaires do it when they are 16. The top choice for an overseas education is the USA, followed by Australia, Canada, Switzerland, New Zealand, Singapore, France, Japan, and Germany.

The report says Chinese children with an overseas education will help the country grow:

The long-term interactions and studies made by these children overseas will definitely ensure the success of the internationalization of China’s economy.

When foreign exchange students come to China they’re looking to get academic accreditation, and maybe a souvenir of their time in the country. For one such student, she got more than she ever planned on.

Beijing University has confirmed that assistant professor Yu Wanli of its Department of International Relations has had “improper relations” with a graduate student. As a result, Yu has been expelled from the Communist Party of China and is undergoing academic punishment.

The announcement was made after a graduate student revealed to the Beijing Youth Report that she is pregnant with Yu’s child after having been in a long-term sexual relationship with him that all started when Yu “enticed” her.

Wang Jing, a pseudonym, was attending Beijing University and studying for her PhD in 2013 when she took the optional course “US Diplomacy research” that was taught by Yu, who himself was already married with a child.

Wang says her relationship with Yu was strictly platonic, even though the professor initiated contact by inviting her to dinners and other engagements. That changed when Wang was invited to a conference by Yu at the end of July. Before the conference began, Yu went to Wang’s hotel room and forced himself upon her, despite Wang’s attempts to stop him.

Wang describes Yu as having changed immediately after that incident. Yu revealed that he loved her, and wanted to take care of her. Shortly afterwards, the two began a long-term sexual relationship up until the beginning of November when Wang became pregnant.

Throughout their relationship, Yu took photos of himself and Wang and referred to her as his “wife” in text messages.

No word on Wang’s whereabouts.

Four teens charged with the grizzly murder of a University of Southern California grad student from China have pleaded not guilty, reports the Los Angeles Times. The suspects are accused of the July 24 fatal beating of 24 year-old Ji Xinran, who was attacked with a baseball bat as he walked home from a study group.

Jonathan Del Carmen, 19; Andrew Garcia, 18; Alberto Ochoa, 17; and Alejandra Guerrero, 16 have all entered a plea of not guilty. The suspects are to be held without bail until their next hearing on September 12.

Garcia and Del Carmen could potentially face the death penalty. As minors, the other defendants are too young to be given capital punishment.

Some 150 students, friends, supporters came to the Los Angeles courthouse to attend the hearing.

In 2012, two Chinese exchange students of USC were shot and killed as they sat in their car during a botched robbery.

Foreign Students Earn RMB 2,500 a Night as Prostitutes in Shanghai

A Shanghai man has been sentenced to seven years in jail for his role in operating a prostitution ring that employed foreign exchange students studying in China, reports Xinhua.

Wang, a recent university graduate, set up an escort business with expats and solicited clients on the internet. The prostitutes could earn upwards of RMB 2,500 per client, but had to split the profits with Wang, who was acting as an intermediary.

Wang was able to provide a number of people from various countries, but most were foreign exchange students he had met in Shanghai. Wang was able to set up 15 transactions from 2012 to 2013.

Wang was sentenced along with two others, Xia and Liu. In passing its verdict, the People’s Court of Huangpu District said:

Xia was involved in the feet washing business. According to the illegal demands of clients, he would introduce them to prostitutes. At the same time, Wang provided prostitutes as per the clients’ demands.