In most parts of the world, people check the weather before they go outside. That may happen in China too, but the more important question is, “What is today’s PM2.5?”

The fact we even know what that means is a sad commentary on the times we live in. While most of us (though not all) have clearly made peace with China’s lung-blackening pollution levels, we still want to know when it makes more sense to watch a movie rather than go for a run. To help with that, a slick new iOS app called Airpocalypse has been released detailing pollution levels in 16 Chinese cities, including Shenzhen, Guangzhou, and Hong Kong (Zhuhai clearly not needing it).

There are many apps out there already, but this one adds the current temperature, forecast and the pollution report, and does it all with a bit of ‘tude. The app’s slogan? “The air in China sucks. We hate it too.”

You can download it here (iOS only at this point). Check out the screenshots below. Popular mobile app Uber has launched in Shenzhen, its second city in China after Shanghai.

Uber allows users of Android and iOS to request a car pick them up and confirm the fare, which is paid for via credit card through the mobile device. It’s become quite popular in the United States, so Uber has been expanding quickly in Asia.

Tech In Asia reports the launch in Shenzhen is expected to be low key, at least in the beginning:

As is Uber’s usual strategy, this is a limited, “secret Uber” roll-out that serves as a testing phase, probably for a couple of months. Uber’s blog post on this topic (via TheNextWeb) notes that Uber’s limos will be available around the Nanshan, Futian and Luohu neighborhoods of Shenzhen, but might be in short supply for now.

Uber’s minimum fare in Shenzhen is RMB 40 ($6.50), which is more than three times the starting rate of a local taxi.

Uber’s blog post on the launch in Shenzhen explains how the service works:

Download the Uber app on your iPhone or Android device and register with your credit card. Pinpoint your location and within minutes of requesting, a professional driver will appear with a luxurious Audi A6L stocked with Wi-Fi, water and chargers. Your private driver will be ready to take you wherever you want – whether you are crossing the HK Border, strolling the OCT Loft, or dining at your favorite spot in CoCo Park.

New to Uber? Use the promo code “SecretSZ” for one free ride up to RMB 200.

Uber is something we’ll definitely try out at least once (especially during rush hour when taxis are hard to find). It’s interesting that Uber picked Shenzhen as an early launch city, even beating out Beijing and Guangzhou. It speaks to the city’s cutting-edge and tech-friendly image. 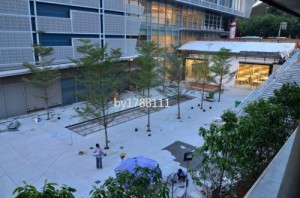 Our good friends up in Shanghai have broken a story regarding a new iPhone app that gives users information about massage parlors in Dongguan.

It’s common knowledge that the vast expanse of land between Shenzhen and Guangzhou is known as a sex capital in China.  Hong Kong and Taiwanese businessmen frequent the area, and it’s popular with foreigners as well.  How Dongguan developed this industry (and its accompanying reputation) would make a good article for another day.

But if it was popular before, it could shoot through the stratosphere based on the press it will soon get, courtesy of an iPhone app.  Shanghai Daily has stumbled across an app which provides detailed information about massage parlors in the city.  It surprisingly passed Apple’s normally strict app approval process:

“With only a taxi price (30 yuan), you can know details of clubs and services,” Peng Lizhang, the app’s developer, says in its description.

Using the app, people can find the names and locations of the massage clubs, the number of women in each and the number of those women who are “specially recommended.” Users can call the clubs directly through the application.

That Apple has approved such an application with such obvious pornographic content reflects badly on its examination team, according to TechWeb, an IT forum and information website.

The app, called Dongguan Massage Guide, is in Chinese only and organizes the parlors by district.

The minor scandal here isn’t that such an app exists, it’s that Apple approved it.  Either they weren’t aware of what the app does, or let it pass as it contains no pornographic images.  While it officially is designed to help ‘tourists’ find ‘spas’ for a ‘massage’, anybody who’s lived in China long enough knows that those words are euphemisms for.

It will be interesting to see how, or whether, Apple responds.