2014 was the year that gave us My Little Apple, death cults, yet another incarnation of the Monkey King, the World Cup, and an airline that vanished out of thin air. But which one ranks as the most popular among Chinese media and the Internet?

As reported by China Daily, here’s another year-end list ranking the most frequently used words by the Chinese media in 2014:

The report also included the most frequently searched terms by Chinese internet users. The top domestic search term was “anti-corruption”, while the most popular international search term was “Malaysian Airlines”.

Middle-aged men around the world know it’s difficult to stay in shape, and even more difficult to hide it. For Chinese President Xi Jinping, it becomes even more of a problem if your waistline becomes a hot topic on the internet.

Niu Ziru, a grade four student at the Best International School in Zhengzhou, wrote the letter as part of a writing contest. Never intended to be sent to President Xi, Ziru’s father thought the letter was amusing enough to share on the WeChat social networking platform.

The letter talks about the international space race to get to Mars, and urges President Xi to choose the red planet over the moon as a destination for a space expedition. However, Ziru then changes the subject and makes an appeal to President Xi to lose weight.

“Uncle Xi, you could lose some weight. [You] don’t have to look as slim as [US President Barack] Obama. It’s all right to look like [Russian President Vladimir] Putin,” the letter wrote.

The Zhengzhou Evening News picked up on the story after it spread on WeChat, and the story begun running nationally until state censors shut it down.

The Chinese media are quite enamored with any personal Xi Jinping news. Not long after Russian Prime Minister Vladimir Putin put a coat on the shoulders of Xi’s wife, Peng Liyuan, President Xi was photographed helping Peng walk through a door on a ship.

Furthermore, the marriage between Xi and Peng was celebrated as an ideal model in a music video called Daddy Xi Loves Mummy Peng that received 20 million hits within its first five days online. 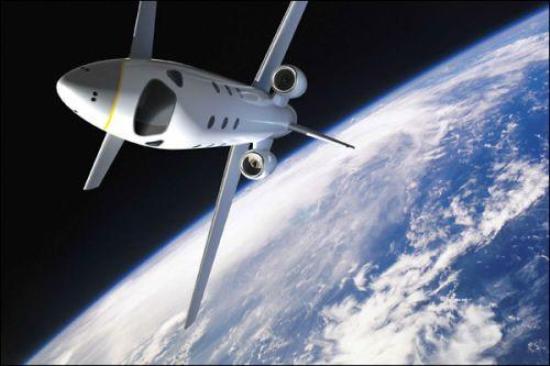 Space tourism will soon be an option for vacationers in China.

The speakers at the space conference, where the new vacation package was announced, said space travel is safe and stable, and will one day be affordable for tourists. While demand for the trips is high, it’s unclear when tickets will be sold:

We have not formally publicized our plan, nor sold any tickets yet. For this reason, we are not taking any orders for the time being. As of now, we are only answering questions for people making preliminary reports.

Whenever sales do begin, you can bet your Instagram feed will be filled with selfies from space.

Canadian astronaut Tweets photo of the PRD from space

Chris Hadfield is relatively well-known to Canadians as the country’s first astronaut to ever walk in space.  He’s known better internationally, however, for being one of the few social media-savvy astronauts.

Hadfield is currently orbiting our fair planet aboard ISS on Expedition 34. He’s been keeping his 500,000 Twitter followers updated about what’s going on way up there with semi-regular Tweets. Today, he snapped a photo and Tweeted a picture of our very own little corner of the world, the Pearl River Delta:

The Pearl River delta is home to 65-120 *million* of us, depending on seasonal work. The logistics overwhelm. twitter.com/Cmdr_Hadfield/…

The text of his Tweet (for those of you not using VPNs), says: “The Pearl River delta is home to 65-120 *million* of us, depending on seasonal work. The logistics overwhelm.”

The photo, which is actually pieced together from a few photos, is in full below. Check out the amazing urban density around the delta, specifically in and around Guangzhou.