The latest in Guangzhou’s Bar Wars: The Brew strikes back with new 3rd location 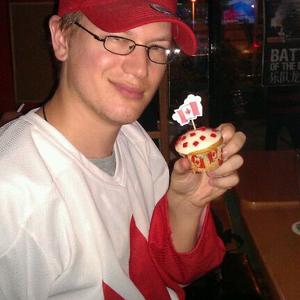 What is up with Guangzhou’s pub scene these days?

We told you already that the Paddy Field, one of the Guangzhou originals, has opened its second location in Tianhe, near where The Brew and The Tavern are already set up.  So what does The Brew do?  Open up very close to the original Paddy Field on Jianshe Liu Ma Lu.

No, these aren’t done to spite each other (I don’t think), but it does give pub-goers a wide range of places to tilt a pint or two.

Rob, one of the Canuck owners of The Brew, told The Nanfang that he’s been looking for a third location for a while.  The guys have even considered opening in Shenzhen, Dongguan, and Foshan, but finally found an ideal spot near the Garden Hotel.  The new Brew will most resemble the Panyu version, with mostly indoor seating and a stage for live performances.

While it seems pubs in Guangzhou are spreading faster than SARS ever did, Rob says it’s all a result of Guangzhou’s maturing nightlife. “Can you believe we have four Irish pubs in this city??  Everyone wants to own a pub eh.  At this point, I don’t mind it,” he said.  ”I mean, it’d be great if I owned the only pub in the city, but I think the number of pubs is an indicator of how Guangzhou is expanding and becoming more cosmopolitan.  We’re confident that we can still be popular in our niche as a friendly neighbourhood sports bar.”

For those wondering, the new venue won’t feature The Brew’s famous taps.  It is set to open sometime in mid-September.

Also on The Nanfang: