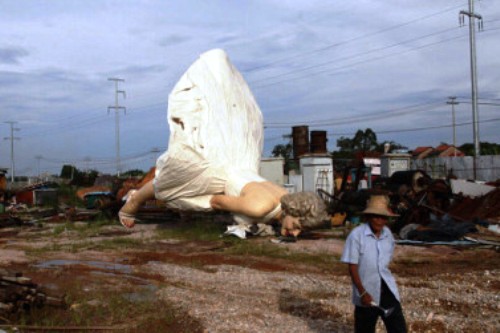 The Seven Meter Itch: on June 18, an enormous statue of Marilyn Monroe was dismantled in Guigang, Guangxi Province and taken to a garbage dump after only having been on public display for six months, reports Caijing.

The original intention of the statue was to attract international business as well as to serve as a local landmark. The statue became a romantic destination for dating and married couples wanting to take pictures with a gigantic Marilyn Monroe.

A professor from South China Normal University had led a group that created the statue, referencing a still from the movie Seven Year Itch as well the statue Forever Marilyn, a similar statue of Marilyn Monroe that once stood in Chicago. The statue took two years to build and was erected in Guiyang’s “Chinatown”.

Made of stainless steel, the statue weighs eight tons and is actually 8.18 meters high, taller than Forever Marilyn.

There was no reason provided in the report as for the sudden dismantling of the statue in Guigang, but then, beautiful women don’t often know the reason why they are being dumped. 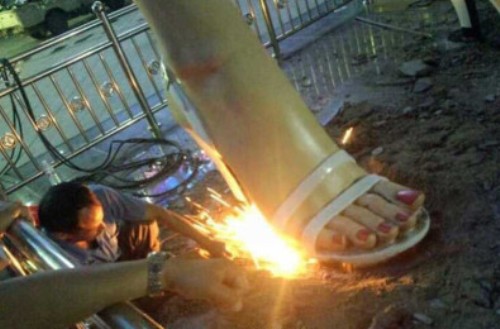 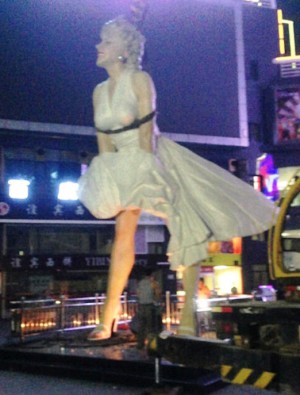 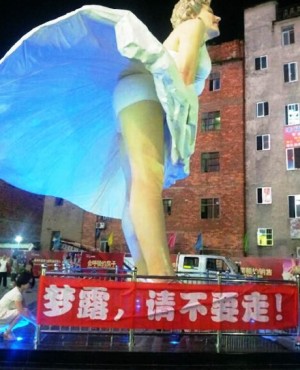 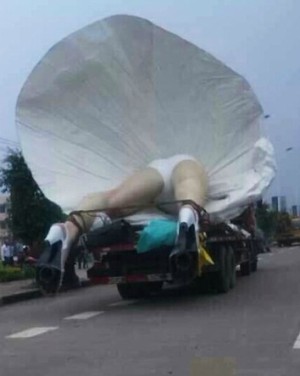