We told you last month about the 12 year-old Guangdong girl, Xiao Yu, who had been raped and was 8 months pregnant. 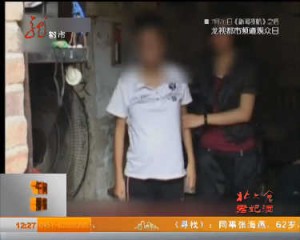 Now the perpetrator has been arrested, according to local media.

After a lengthy investigation, police identified 46 year-old Zhou Mosen as the perpetrator who had left the city in April. After receiving a tip-off that he had fled to Guangzhou.

Zhou confessed to the crimes and it emerged that he had raped the girl numerous times, on each occasion paying 20 RMB in hush money.

The case is still under investigation. 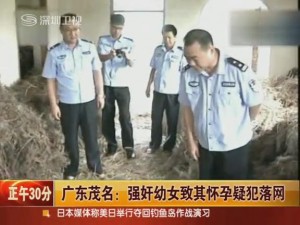 Police search the barn in which the acts were committed.