If TLC show My Strange Addiction is looking for people with peculiar eating habits, a 27 year-old woman living in Anda, Heilongjiang named Wang Jing definitely qualifies as one.

A designer-turned dog groomer, Wang takes love for her pet dog very seriously. Wang feeds her pet with imported dog food and pampers her with ice cream and nuts. But she goes even further by treasuring her dog’s hair. So far, in fact, she regularly eats it, Xinhua reported on August 18.

Roughly two years ago, Wang developed a strange obsession: eating dog hair. Once the habit kicked in, Wang said she couldn’t stop. It started with being a little bit curious when she was cleaning up the hair shed from her dog named “Cool”. Upon having her first taste of dog hair, she said she immediately fell in love with its “unique texture”.

In a span of two years, Wang consumed over 1,000 hairballs shed from her pet. The premium hair, she says, is the hair shed right after a dog bath. “It smells nice and tastes good in my mouth, just like eating chocolate,” she said.

We do not know the health benefits, or more appropriately, health hazards, of consuming dog hair. Nor do we intend to find out.

A man from Shaoguan, Guangdong Province, suffered a severe seizure spending hours gaming at an internet café on July 22, reported Nanfang Daily. Police said the 27 year-old man was sitting in front of a computer with a headset and started to have muscle spasms. He soon fell unconscious and foam started to come from his mouth .

The man was sent to hospital where a doctor said the seizure was a result of fatigue due to long hours of using the internet.

As the number of online users in China reaches more than 500 million, the number of youngsters using the web have also jumped, accounting for 60% of the total number, said China Youth News.

China is the first country in the world to identify internet addiction as a clinical disorder. Hundreds of quasi-internet addiction boot camps have sprung up across the country to “cure” what the government has called the “spiritual opium”, although one person has already died from the government’s controversial military-style treatment. 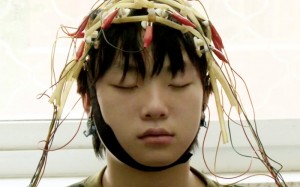 A 19 year-old is dead and a 14 year-old was seriously injured after undergoing intensive physical training at a military-style boot camp in Zhengzhou, Hebei Province to cure them of Internet addiction.

On May 19, a teen named Lingling repeatedly begged the teacher at Boqiang to stop the training session according to the father of a younger teen named Xinxin who survived the training. The exercise involves lunging forward and bending backward (前倒后倒) but specific details were not provided. The father said his daughter Xinxin saw Lingling was bleeding and covered her belly with her hands, but the training was still not called off and continued on for another two hours, reported China National Radio on June 15.

Lingling eventually collapsed, but one teacher surnamed Ma accused her of playing possum while she lay unconscious on the ground. Water was forced into Lingling’s mouth at one point, according to Xinxin.

The reason for the punishment was not disclosed in the report, and when Xinxin asked teacher Ma what she had done wrong, Ma ordered Xinxin to do 500 “forward lunges” before revealing anything, the report said.

When reached by the newspaper, the school did not shy away from admitting it employs the physical punishment, and said doling out punishment was inevitable in the camp. In more than 300 treatment centers like this one across China, teens undergo military-inspired physical training. Additionally, the teens take medication or are administered electric shock therapy to help them quit their internet addiction, which is recognized as a clinical disorder in China.

Often referred to as “electronic heroin”, internet addiction has become such an issue in China that state media has labeled it the “third Opium War“. According to the China Internet Network Information Center, the country has 618 million internet users. Of the 618 million, China’s National People’s Congress estimates about 10 percent of users under the age of 18 are addicted.

All teenagers enrolled in the institution are advised to strictly follow the center’s rules. In the first two months in the camp, each teen is assigned to a specific teacher who eats, dines and even goes to the toilet with them. Parents are not allowed to write letters to check on their children unless the teens write them first.

The tragedy that happened at the center has done little to stop desperate parents from sending their children to the camp. More than 20 days later, parents were still seen sending teenaged children there in a last-ditch effort to keep their kids from going online where the virtual world appears to be more attractive than the actual world.

The shocking case of the murder of a Panyu family of six that included two children has resulted in a suspect being arrested, reports Sina.

The suspect, named Su, is 29 years-old and hails from Taikang County in Henan Province. Su was apprehended at 5am on May 3 at his residence in an industrial area in Guangdong. There, police discovered the victims’ stolen belongings: 6,000 yuan, a gold bracelet, and bank account cards (see below).

READ: Guangdong Teen Murders Aunt Because She Criticized Him
for Playing Video Games

The suspect had allegedly broken into the residence in Dashijie District in Panyu at 3am on April 28 to rob it, at which time he apparently decided to kill the entire family.

The bodies of the victims were found the next day on April 29 at 3pm. Dead are a Mr Song, his wife, their son and daughter, and the children’s grandparents. The girl is reported to have been five years-old, while the youngest victim is a boy who was just two years-old.

From the time we first brought you this story, details have continually been sparse. However, police have finally revealed the motive of the crime: Su needed money to purchase better equipment for an online video game to which he was reportedly addicted.

Police from Zhenjiang district of the city of Shaoguan have confirmed that they have arrested Lu X Jie* for strangling to death his aunt after she criticized him for playing video games, reported Nandu.

Lu X Jie, a 17 year-old high school dropout, was invited by his aunt Lu X Quan* to stay at her home in Shaoguan; she had arranged a job interview for him at the electrical plant of an acquaintance of hers. Upon arriving, X Jie would immediately turn on his cousin’s computer and play video games until 3am the next morning, at which time he was told to go to bed by his aunt. Upon waking up at 9am the next day, X Jie would again draw the ire of his aunt when he again kept playing video games, prompting her to say that he “won’t ever change his stubborn nature”.

His concentration broken in the middle of whichever brilliant tactical decision he was about to take, X Jie broke into a furious rage. X Jie pushed his aunt down to the floor where he would beat her head against the ground, and then strangled her to death with the electric cord to a hot water bottle. His little finger bitten during the fight, X Jie then stole her phone, keys, and 75 yuan from her wallet.

X Jie hid his aunt’s body in the next room and cleaned up the scene of the crime by mopping up any blood on the ground. He then up called a second-hand store in order to sell off his aunt’s TV, stereo, satellite paraphernalia for 100 yuan, or its equivalent currency in gil. Afterwards, X Jie invited a friend named Ming to come over to the murder scene so that they could play video games together in relative peace.

The next day after his friend left, X Jie went back to his aunt’s house to sleep, after which he went to a internet bar. It was there that X Jie was finally caught and confronted by police. At the time of his arrest, he reportedly said:

“It’s okay if you beat me, just don’t touch my computer at any cost.”

The report does not specifically mention if either one of X Jie’s requests were fulfilled.

Meanwhile, a similar crime involving video games has happened recently in Sichuan. Games in Asia reports an argument between a 16 year-old boy and his mother over the MOBA video game League of Legends turned deadly when the mother was carried away by the current of a river when she threatened to kill herself, a process repeated when the father later came to confront the son who would also walk into the river like his mother and also get carried away as well.

* The middle names has been withheld from publication

A horrific story has emerged in little Dongguan, so read at your own risk.

It looks like anger management, and possibly mental illness, has resulted in another heinous crime.

A 75-year-old grandmother living in Dongguan lost her head, and her life, after getting into a war of words with her grandson Li Yaojing, 26, over his gambling addiction.

It’s reported that Zhan Cuixia went over to her grandson’s house to look after him – because his parents were working at the time.

Here is some more detail in China Press as reported by The Star:

The body of Zhan Cuixia and her severed head were found in the bathroom of her son’s house in Dongguan of China’s Guangdong province, some 10 minutes’ walk from her own home.

What’s not clear at the moment is whether there is a mental health issue attributed to the story – as all to often seen in the most notable murders.

The murder will be a painful experience for Zhan’s daughter who witnessed her nephew attack her mother.

“She was struggling on the ground and shouting for help, but I couldn’t open the door to go in and save her,” she said, adding that she sought help from neighbours, who said they heard the grandmother and grandson arguing over his gambling habit earlier.

This case echoes a similar story of a guy killing the owners of an internet cafe and setting fire to their shop, burning the bodies, too, after the internet dropped. Needless to say an argument ensued – and the rest is history.