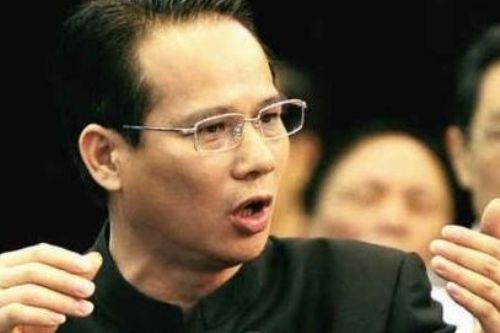 The prostitution crackdown in Dongguan ensnared its highest catch yet when Liang Yaohui, a deputy in the National People’s Congress (NPC), was forced to vacate his seat before being arrested for running a prostitution ring on the afternoon of April 14, the SCMP reported.

Liang was voted out of the NPC by the eighth session of the Standing Committee of the 12th Guangdong Provincial People’s Congress this past Monday. Shortly afterwards, Liang was arrested by Dongguan police, who respectfully waited for the wheels of justice to begin rolling in sequence.

Liang is the owner of the Crown Prince Hotel, a 5-star establishment located in Dongguan. His arrest is just the latest in a long string of announcements. To date, this is the fallout  from the Dongguan prostitution crackdown:

With so many announcements, we are all awaiting the future when Dongguan is cleansed of all of its vice so that it becomes just like any other normal town in China and has the same normal reasons not to go there and not engage in nefarious acts you wouldn’t do in your own town. It’s only fair.

Takuma Sakuragi was carrying three kilos of what are suspected to be illegal stimulants, Japanese officials said, citing Chinese authorities.

On Friday, Chinese foreign ministry spokesman Hong Lei confirmed that Sakuragi was detained on October 31 at Baiyun airport “for carrying drugs with him”.

“He is now being detained in the detention centre of Guangdong province,” Hong added.

Officials in the central Japanese city of Inazawa said Sakuragi is city councillor who was in China for his private trading business.

A council spokesman said Sakuragi has denied the charges.

The case comes after four Japanese nationals were executed in China in 2010 for carrying illegal drugs.

Possession of 50 or more grammes of so-called stimulant drugs such as methamphetamine can draw the death penalty in China, which is known for its harsh drug laws.

The suspect’s associate Kenji Sasaki told Japanese media that there may be a political angle to this as Sakuragi is known to have a hardline stance on diplomatic relations with China and South Korea.

Wall Street Journal has the story:

“Since I stepped down, not a single prime minister has visited the Yasukuni Shrine,” Mr. Koizumi said, in reference to the shrine where Japan’s war dead—-including convicted Japanese war criminals—-are worshipped. “Has that improved China-Japan relations? Has that allowed for summit meetings?”

During his 2001-2006 premiership, Mr. Koizumi visited Yasukuni every year, angering China and South Korea who see such pilgrimages as a grave offense to the suffering of their people under Japan’s wartime colonial rule. But that didn’t stop Japan and China from holding periodic summit meetings.

A large delegation of senior ministers did however visit the Yasukuni shrine earlier this year, angering both China and Korea.

The suggestion that there is a political angle to this spells more bad news for diplomatic relations.

China’s outspoken netizens have reacted in horror to the heavy-handed nature of Guangzhou’s chengguan, who were caught on tape punishing a street vendor in front of the woman’s 2-year old child.

Photos of the incident have appeared online, showing the woman being assaulted by the officers. The whole incident leaves the two-year-old in some distress on the side of the road.

The chengguan are notorious for their brute force. Their role is quite vast, and includes tackling low-level crime and enforcing city edicts. As this incident demonstrates, they – in their eyes – are just tidying up the streets.

The picture timeline shows the woman wrestling with officials, and subsequently leaving her to console her daughter after the traumatic episode for the child, leading to a picture caption of: “Sorry, mom cannot hold you in arms.” Then the mother is taken away.

At the outset, the handling looks over-the-top, but it only tells part of the story, as South China Morning Post’s Ernest Kao writes:

According to an article in the Daily, the vendor’s husband rushed to the scene and demanded an explanation. His request was ignored by Guangzhou’s urban management authorities.

They denied “grabbing” the woman’s neck and said they were only following proper procedures for hawker-control. They said that after the woman refused to leave, she started yelling and even hit them. The officials called the police, according to the article.

Here’s a round up of reaction gathered by Offbeat China:

于建嵘, famous sociologist, commented: “She is a street vendor who tries to make a living with her kid. She may have violated certain regulations in this big city. She may have pissed these God-like Chengguan officers. But may I ask you [Chengguan] to not to bully her in front of her kid? I ask you to loosen her up. The frightened kid needs her comforting.”

郑渊洁, popular kid story writer, asked: “Since when did we become a country that ignores the existence of kids? Shouldn’t we pay attention to the psychological impact on minors during law enforcement efforts?”

郑渊洁 isn’t the only one who questions the environment that this fast growing country has created for its children. Netizen 老衲不老518 asked: “My only thought is that whether this kid, when grow up, will think about killing a few Chengguan.”

Even the mainstream media have attacked the behaviour of the chengguan:

The Beijing News commented: “Please remember this frightened kid on Guangzhou street. The kid doesn’t know what law is, but she knows that her mom has been bullied. Law enforcement shouldn’t cross the bottom line of humanity, shouldn’t crush the dignity of a mom. A country that fails to mange its Chengguan team owes a lot to this kid.”