Renting an opulent private karaoke room to croon along to your favorite Mandopop covers may soon become a thing of the past.

The Beijing karaoke industry has fallen on hard times as many large-scale locations are closing due to an ongoing price war that is compounded with rising costs and declining interest.

Once home to 12 karaoke chains that offered customers features like opulent rooms and buffet meals, Beijing has seen the closure of multiple karaoke locations while those that remain operate at only 50 percent capacity.

Partyworld is the latest to be hit. It has closed two branches including its marquee location, and now just has one left. Lesheng has closed its Zhongguancun and Guomao locations, reducing its presence to just Chongwenmen, while Melody has closed its Chaoyangmen location.

A report by the Beijing Youth Daily provides three reasons for the hard times encountered by the industry, colloquially named “KTV” in China.

First, rising costs have made operating a private room karaoke facility difficult. Rent is estimated to have risen 30 to 40 percent, while employee salaries have increased by 20 to 25 percent.

Secondly, karaoke has not attracted a younger generation of customers amid the rise in popularity of the internet, social media, and piracy.

And lastly, government controls have hampered the operations of karaoke facilities.

An employee working the front counter at the Sound of Music karaoke explains that the industry is competing with itself to extreme limits:

There’s no way (to do business). In Chaoyangmenwai, all the karaoke lounges are grouped together, all together there are over ten, of course there’s going to be a price bidding war between these branches. Sometimes, we would rather not make any money, but instead gain the popularity from heavy traffic.

The Asian concept of a private room to perform karaoke is far from the communal approach adopted by the West, which hosts singing nights at neighborhood bars. But with the decline of Chinese-style KTV, perhaps the only place left to belt out your favorite tunes will be in the shower.

No Official Games Yet, But the NFL is Coming to China

Fans of American-style football were pleased to know the sport is coming to China in a new indoor league set to start next year, but now the real thing is coming too: the NFL.

The NFL on Tour is set to bring the NFL experience to several mainland cities through the use of an interactive audio and visual presentation. Visitors will be able to try on official equipment as well as enjoy an NFL China pop-up shop selling official team merchandise.

The NFL on Tour kicked off in Shanghai and is expected to make stops in Wuxi, Hangzhou, Tianjin, Beijing, Xi’an, Chengdu, Chongqing, Wuhan, Changsha and Guangzhou.

As well, NFL Home Field will return to Beijing, Shanghai and Guangzhou. The games will begin for Guangzhou on September 14 and be held weekly, culminating in the University Bowl to be held in Shanghai on November 22 and 23.

NFL Home Field will feature on-field workshops and clinics as well as tackle games featuring the teams from the American Football League China. Furthermore, an NFL Hall of Fame legend is rumored to appear, as did Joe Montana in 2013.

The Only Chinese Athlete at World Gay Games Wins Silver

A Chinese athlete has made it to the podium at the ninth Gay Games currently underway in Cleveland, Ohio, USA. The winner, an apparently unidentified man from Taiyuan, Shanxi, won silver in the 18-24 year-old breaststroke competition, reports Sina.

The man described how he felt while taking part at the opening ceremonies of the Gay Games:

The atmosphere here at the scene is incredible! At the opening ceremonies, there was only me representing China! It was a difficult moment! Hope that next time our contingent can be even larger!

The motto of the Games is “Participation, Inclusion and Personal Best”. The open nature of the Gay Games is reflected by its complete lack of qualifying standards for competing athletes, ensuring that any person from any country can participate. 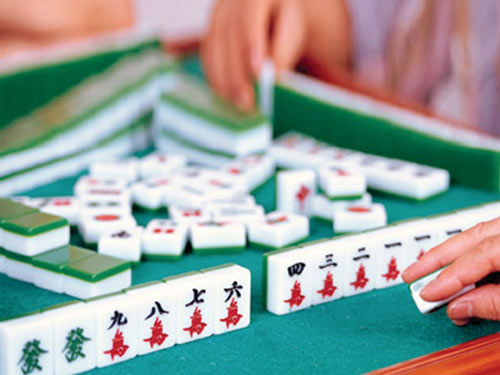 The Chinese might seem nonchalant about state affairs at times, but losing a mahjong competition to another sovereign nation is unthinkable. In back valleys, tea houses, and even swimming pools,you can hear the crisp sound of the shuffling and mixing of Mahjong tiles. It is probably one of the rare moments in China when crude language and a room full of cigarette smoke are entirely appropriate.

This explains why the news of China’s national team, called State Flower, losing in the fifth European Mahjong Tournament and finishing in 37th place out of 51 teams came as a shock to the country. Online users flooded the news comment sections and Sina Weibo to express their shock and anger. 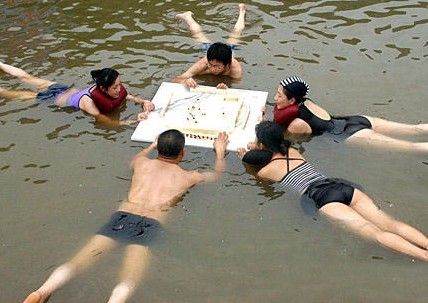 Several mahjong players were seen floating on a river and playing the game.

Worse, the loss came to a combined team of Europe and Japan, China’s arch rival. Some blasted the crushing loss as “the most disappointing performance in the history of all competition”. Other comments were even more poignant by comparing it to a “national shame” and said it was even more shameful than the country’s national football team.

New Beijing Daily even published an article looking at why the national team lost the game and summarized three reasons below:

To be fair, for this international game, no players from Sichuan or middle-aged retired women or government officials were on the Chinese national team. Sichuan is the mecca of Mahjong where a random vest-wearing, foot-rubbing man picked up from a street in Chengdu, capital of Sichuan, could easily win the game. In addition, not even one county head or government bureau chief was selected to the national team. Some from Sichuan, Hunan, Hubei and Heilongjiang provinces have even been caught playing Mahjong during working hours. Such diligent practice must have made them top-class Mahjong players.

Probably the most capable players who missed out were the dancing grannies, who used to be religious Mahjong players before square dancing became popular.

One Weibo user (马乾恒) commented: “Ask the winner of the Mahjong tournament to compete with several aunties from some random famers’ markets. You shall see those laowai will even lose their passports in the end. When an auntie plays Mahjong, if she wins, she will throw scorns at you. If she loses, she will drone you with endless yells. After several rounds, there is nothing for you but to lose.” 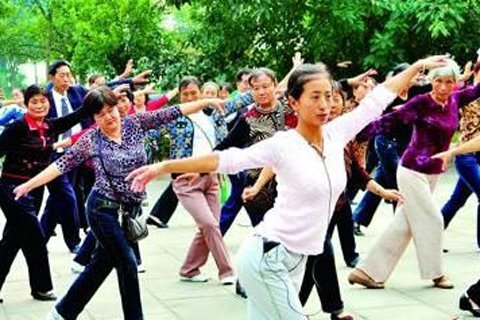 One thing that might have depleted Chinese players’ morale is that the Mahjong tournament has no prize money in an effort to distinguish it from gambling, which is banned in China.

Weibo user 作家崔成浩 wrote, “This time, I have to defend the Chinese team. The result by no means reflects the true ability of the China team, which comes from the country where Mahjong is invented. The reason for the loss is there was no financial incentive. As a result, the Chinese players were not even interested. If you don’t believe me, organize a competition with large amounts of financial incentives, you will see who will win the game.”

Meanwhile, some joked that cursing and smoking are banned in the game, which might have caused emotional upheavals among Chinese players, affecting their performances. 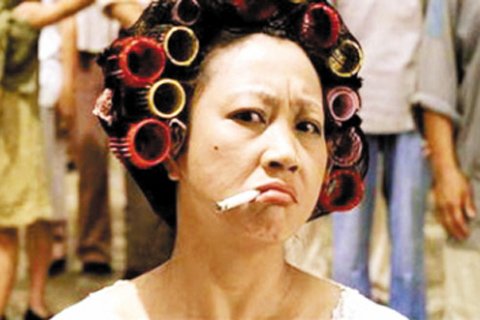 Reason 3: Mahjong is not a testing subject in the gaokao, or national college entrance examination.

CCTV sports commentator Huang Jianxiang wrote on Weibo, “Mahjong should be included in the Gaokao.” Given the fact so many students can memorize the date of birth of ancient historical figures, playing Mahjong would not be a problem at all.

Last Saturday provided a chance for cross-dressing men to not just emerge from the closet, but to run out of it. On June 21, Shenzhen Ocean World held a “Silly Run” that saw men and women take part in a 50 meter race while wearing high heels, reports Youth.cn.

An Englishman named James was crowned the winner. The prize was not announced, but must obviously be a matching purse.

Zhuhai Wants Lovers on Tandem Bicycles, So Many It Can Break a World Record

The event will take place on August 8, the same day as the Chinese festival called Qixi*. Organizers are looking for 119 Chinese couples and 80 Asian and African couples to sign up before July 10.

With the theme of ”Romantic Zhuhai, the legend of love”, the tandem bike race is planned along many of Zhuhai’s city landmarks: it begins at Zhuhai’s Lovers’ Lane and East Wind Road before winding its way through Haibin Park, the Zhuhai Fisherwoman, the Haibin Pool, and the Zhuhai Opera House, which is currently under construction. With the Macau skyline in the background, the race course will finally end at Hengqin Changlong International Resort for a total distance of 29.9km.

And it’s not just in the name of love: the winners of the race will get a chance to win the exclusive use of a Trumpche car for two years.

Sounds positively romantic, having your love be authenticated through the participation of breaking a world record. Though we’d have to say: an ideal competition involving two people in love should be more something like this:

* Notes: Formerly known as “Girls’ Day”, Qixi Festival is well-known for its heart-breaking story of the cowherd and the seamstress who were destined to spend all of eternity apart except for this one day of the year. On Qixi, all the crows in the world fly to bridge the gap in the Milky Way, allowing them to finally meet each other, if only temporarily.

For this reason, Qixi is often referred as China’s “Valentine’s Day” despite also celebrating similar romantic festivals on “I Love You” Day (May 20), Singles’ Day (Nov 11), Valentine’s Day and White Day (March 14).