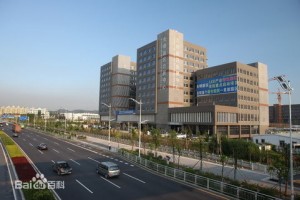 It wasn’t the date that Mr Liang had in mind, but it will surely be among the most memorable.

Instead of the friendly banter and anticipation of a young couple in love, Liang, a gay man, was robbed by his Internet date, a man surnamed Yang, of 20 condoms, two bottles of lubricant and some 20 RMB, Jing Daily, a newspaper under Shenzhen Daily, reported on February 10. One might wonder exactly what kind of date Mr. Liang was hoping for.

The two men apparently met through an online dating website in mid-June last year, and the relationship quickly developed into offline kaifang, a Chinese euphemism for sex. Shortly after, around mid-July, Yang and Liang entered a hostel in Guangming Xinqu, while Lei and Wu, two of Yang’s accomplices, followed them and attempted to blackmail Liang with his relationship to Yang.

Liang refused to cooperate, and the three men instead robbed Liang of his backpack, which contained the condoms, lubricants and RMB, the report said.

Yang was arrested by the police after he was caught pulling the same trick on another unsuspecting man, surnamed Huang, later that month.

The Court found that “…Yang and Lei acted in disregard of state laws and robbed other people’s possessions in a violent and coercive way; that their actions have already constituted robbery.“

Yang was sentenced to three years in prison and his accomplice, Lei, was given three and a half years, the report said, citing a recently delivered verdict by the Bao’an District People’s Court.

Unlike Lady Gaga’s bad romance, Liang did not want the drama, or the horror; but, his one-time lover did turn out to be a real-life criminal.

A group of six university students in Guangzhou have designed a detachable G-string shaped condom that they claim will help prevent unwanted pregnancies and the spread of sexually transmitted diseases. They have registered as a business and are applying for a patent, Yangcheng Evening News reports.

Below is a diagram with a key.

Led by 20 year-old Kong Yanxiang, the group of five girls and one boy from South China Medical University have established a team that calls itself “东方雄起” which translates as something like “Eastern Resurgence.” They call their product “The Guardian of Love” and are seeking investment to get their business off the ground.

“Currently, sex education in China is quite backward and conservative. Condoms are a product into which little research is being done. So this is a market we could enter,” Kong Yanxiang told the paper.

According to the Bill & Melinda Gates Foundation, 15 billion condoms are produced around the world each year. Around 750 million people use them every year. The invention is some 400 years old but there has been little innovation of the product in the past 50 years. This year, the foundation announced it would offer US$100,000 in start-up funds to “whoever designs the next generation of condoms.” 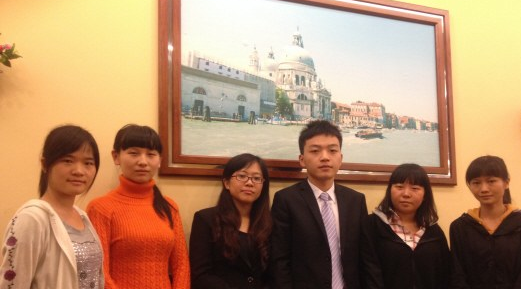 The members of “Eastern Resurgence,” image via Yangcheng Evening News

The group says that traditional condoms mostly use oil-based lubricants which can be bad for the vagina. The g-string condom uses a soluble lubricant flavoured with Chinese herbs. The anti-slip micro-capsules reduce the risk of accidental pregnancy.

However, in terms of learning about the manufacturing process, Kong says the business still has a long way to go.

A man who wined and dined a women the night he first met her on a subway in Guangzhou has been convicted of rape for failing to use a condom during their one night stand, according to The Daily Sunshine.

However, his sentence is just one year.

Last year, on the evening of May 24, A Min, a white collar worker, got on the subway at Yangsuan Station on Line 5 where she met A Bin for the first time. They started chatting and she asked him whether he would like to have dinner with her after she got off at the terminus, Wenchong.

Even though he was supposed to get off at Wencun, he agreed, and she suggested that they have drinks while eating to assuage her bad mood. When they got to A Bin’s intended stop, she reminded him to get off as, she said, she was only semi serious about the dinner invitation, but in the end, allowed him to come along.

On arriving at the terminus, he took her to a food stall where they had supper and 11 bottles of beer. He said he did not force her to drink. At 1 a.m. when he was starting to doze off, he said he told her to stop drinking, but A Min insisted on competing with him, and they continued until 2:20 a.m.

After paying the bill, A Bin then offered to take her to her home in Huangpu District.

Both parties agree that the above is all true. Here is where it gets tricky.

A Bin insists that they had a spontaneous one night stand and forgot to use a condom. A Min says she called her ex-boyfriend, who she is still close to, to come and protect her. She says she expressly turned down A Bin’s offer of sex, but he subdued her before raping her.

The next morning A Min asked him if he had used a condom. He said yes but when she went to the trash can to see if any condom had been disposed of, he confessed that he had lied. She then dialled 110 to report him for raping her and he tried to drag the phone off her, asking her why she was acting so differently to the “cute” girl he had met the night before.

A Bin later confessed that he had not asked for consent, but he assumed that A Min wanted to have sex with him. Accounts differ as to what state of consciousness A Min was in when they had sex.

Despite the seriousness of the conviction, Huangpu District Court has given A Bin a lenient sentence because it is his first criminal offense and the various shades of grey involved in the case.

A Bin confessed that he thinks one night stands are “immoral,” but continues to insist that he is not a rapist.

Last year saw a high profile case in which police ruled out the possibility of rape on the grounds that the alleged rapist had been wearing a condom. This caused much outrage at the time.