More than 200 doctors from Yueyang in Hunan Province staged a protest in front of the local government building on August 21 after a doctor from Yueyang Second People’s Hospital was badly beaten by the family of a hospital patient who died following emergency treatment, reported Beijing News on Wednesday.

The injured doctor is currently hospitalized after the furious family members dragged him in front of the patient’s body, demanding the doctor to kneel down to show his remorse for his failure to save the patient’s life, the report said. The hospital, however, claimed the patient had already lost his pulse when he arrived on August 20 at noon, and after emergency treatment, the patient was announced dead around 14:30.

After beating the doctor, the patient’s family allegedly vandalized the hospital and blockaded the hospital gate, sparky an outcry from doctors at the hospital and other doctors in the city. More than 200 health practitioners in the city marched to pressure leaders to look into the case to ensure a safer working environment for doctors, the report said. “We feel worried at work without a sense of security,” a doctor said.

The doctors were seen holding placards reading “respecting doctors, respecting life” and “punish doctor-beating criminals”. The head of the Yueyang Health Bureau said it is now investigating the case, and confirmed the patient’s family vandalized the hospital. The local police are also looking into the case.

This is the fourth time conflicts have broken out between doctors and patients at the Yueyang Second People’s Hospital in the past month, galvanizing the already strained doctor-patient relationship, according to the report.

Earlier in the month, a similar incident happened in Xiangtan county in Hunan after families blamed a local hospital for negligence for saving a pregnant woman after suffering a rare birth complication.

A woman’s family believes that a Hunan hospital’s staff are responsible for her death shortly after she gave birth.

A 27 year-old woman, surnamed Zhang, died during a C-section operation at Xiangtan Women and Children’s Hospital on August 10, 2014. The woman’s family believes hospital negligence was the cause of her death, reported People’s Daily on August 13. Her husband, surnamed Liu, alleged that the doctors and nurses disappeared after his wife’s death and abandoned her body on the operating table.

After more than 11 hours, from the beginning of the operation around 12:00 p.m., the family claimed that no one from the hospital updated them about the surgical operation. Worried about his wife, Liu opened the operation room’s door and found his wife lying naked on the surgical table. Her mouth was covered with blood and there were tears in her eyes, the newspaper said. Several men were seen chewing nuts and smoking cigarettes next to his wife’s body, according to Liu.

Hospital doctors claimed they did everything they could to save Zhang’s life.

According to the hospital, after delivering a healthy baby, Zhang was coughing and vomiting, due to what was believed to be an amniotic fluid embolism, a rare birth complication that has an 80% death rate. The complication occurs when either amniotic fluid, or fetal cells, enter the mother’s bloodstream and cause an allergic-like reaction, according to a report by AP. One in 20,000 women suffers from this complication during childbirth, reported ifeng.

The hospital said they immediately took emergency measures; but, Zhang died at 21:30, due to organ failure caused by the complication, reported Beijing News. The hospital explained that “the doctors and nurses are not gone, but are just resting”.

A Xiangtan health official is equally supportive of the medical staff at the hospital. Deputy director of the Xiangtan health department, Qi Xianqiang, said, “That evening, the family only went in once. The medical staff were, in fact, in an adjoining room resting; they do not have a duty to stand guard next to the deceased. As well, the body had not been moved from the operating room.”

According to a Weibo post by a user, the real reason why doctors and paramedical staff left the operation room was due to the victim’s family’s agitated behaviours and vandalism. The posted photos showed white banners hanging across the hospital’s front gate, with black characters written next to smudges of “blood”. One of the banners read, “Return my wife! (We need to) see if she is alive! Otherwise, we need to see her corpse!”

The family demanded RMB 1.2 million worth of compensation; but, this was rejected by the hospital. Local heath and law departments are investigating the case.

Dongguan hospitals beef up security after nurses, doctors beaten up

A patient in wheelchair chasing to hit a doctor in Donghua Hospital in Dongguan (Photo credit: www.timedg.com)

The fearful nurses and doctors in Dongguan turned to helmets, shields and long sticks for protection following various reports of hospital staff being beaten up by angry, drunken and sometimes powerful patients, Yangcheng Evening News reported on March 11.

Forty out of the 47 secondary and tertiary hospitals have finished building hospital police stations in case any staff member might get roughed up. Most of the police stations are equipped with security gear including police batons, stab-resistant body armour, and more.

“Reports of brutality against hospital staff are so frequent and have taken a great toll on doctors. People used to encourage their daughters and sons to become doctors when they grow up, now 90% of hospital staff are against the idea,” said one executive with a public hospital in Dongguan.”Doctors are humans too, and need security. One gets beaten-up just by sitting in the clinic. How can doctors treat patients without being worried about being beaten?”

The report came days after a doctor in Donghua Hospital in Dongguan was hit by a former vice president of the city’s disabled federation and three of his companions. The male doctor was hit in the crotch several times when the cohorts accused him of not treating the former official in a timely manner. He sustained a minor fracture, China News reported on March 4.

Earlier on February 25, a nurse in a Nanjing Hospital was paralyzed after being beaten by an official working in the city’s propaganda department. The official was detained a week after the incident and was dismissed amid public anger.

A doctor in Chaozhou has found himself in the crosshairs of a family that lost a relative to alcoholism.

It all started on Tuesday (March 4) when a heavily inebriated man showed up at Chaozhou Hospital. A doctor tried to treat him, but the patient died from an alcohol overdose. The family, however, clearly believe the doctor didn’t do enough to save their relative, so they rounded up more than 100 people to protest at the hospital the following day, leaving the doctor distraught and in tears.

The protest out front of the hospital has gone viral on Sina Weibo, and comments are pouring in. Here are a few highlights:

“First, check to see if there’s a medical accident. If not, these protesters should be severely punished. My parents are doctors. I often see them running out to the hospital at night to save people’s lives. The protest will definitely hurt the doctor, maybe even damage him psychologically.”

“What? It lasted for half of hour? Even the police are controlled by this family?”

“Surely, not all doctors are good, but we are hoping that they all have a heart to save people’s lives. Everyone faces diseases and eventually die, this family should be reasonable and face it.”

“I have to admit, being doctor is a dangerous career at present.” 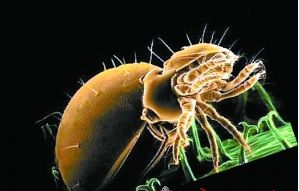 Baby with no anus to have operation in 3 months

A family who needed donations to pay for surgery on their baby has already received 20,000 yuan in donations from the public, according to The Daily Sunshine.

Yesterday we told you about the baby who could not defecate due to a birth defect. After Daily Sunshine reported the story on Monday, the newspaper’s hotline was ringing all day. Some were inquiring about the baby’s current condition, some wanted to know the family’s address, some wanted to know the father’s bank account number, others asked for the family’s phone number.

The first caller was a middle-aged woman named Li, who said she could not bear to see somebody suffer so much so soon after coming into the world. She donated 5,000 RMB and urged fellow residents to do the same to show that Shenzhen is a caring city.

On Monday, two government officials went to the home of parents Zhou Shaohe and Chen Xiuyu to bring gifts as well as money to help them pay for the operation. That afternoon, Zhou and Chen took their baby to Shenzhen Children’s Hospital. The head of the surgical department, Li Suyi, said the child would need to go through two or three procedures. Li also urged more members of the public to donate money to families who encounter the same problem.

The father Zhou said he was confident about the outcome of the operation, and expressed his deepest gratitude to all who had donated money. He told the newspaper that he had no idea how he could ever repay society, but he would try his best to be a good father, and raise his son to be an upstanding member of society.

Zhou came to Shenzhen in 1995 and had had numerous jobs. He once worked for an extended period of time in a hardware factory, and thinks that working in a polluted environment may be the cause of his child’s condition. His neighbours claim he is an unassuming and straightforward individual, who is not given to drawing attention to himself, let alone through the media. Zhou denies that his baby’s condition may be a punishment for his sins. Doctor Li also dismissed as “superstition” the suggestion that this was a punishment for the parents’ sins.

Last time anuses and childbirth made big news in China was during the anusgate scandal of 2010. A man was successfully sued by a midwife for defamation after he accused her of sewing up his wife’s rectum because her 100 RMB tip was too small. I think we can all agree that the current anus-related story reflects somewhat better on human nature.