Guangdong labor conditions look to become more complicated and unpredictable just as the province looks to welcome some 13 million migrant workers as new residents within six to seven years.

Labor unrest in Guangdong has been growing this year due to a slowing economy and rising costs, reports Reuters. According to China Labor Bulletin, there have been 319 strikes throughout China this year, with approximately 100 occurring in Guangdong alone.

Apparently the Yue Yuan strike, which saw 30,000 workers walk off the job earlier this year, was actually started inadvertently by a manager at the company.

According to the account compiled by a labor group, a manager first notified employees about the paltry amount the company was making to staff social welfare.

Even though some companies like Timberland and Nike tried to distance themselves from the strike, Adidas was proactive in campaigning for the release of two workers that had been detained for protesting at the factory.

In a statement to the Guardian, Adidas said, ”With respect to the arrest of two workers’ representatives, Mr Zhang and Mr Lin, we were engaged with several labor rights groups in Southern China, to try to determine where they were being detained and offered our support to secure their release. We also wrote to the Dongguan mayoral office, calling for his immediate release.”

Things are getting better on the salary front, however. The manufacturing sector saw wages rise by more than 16% in the first nine months of 2013, according to Datastream.

Furthermore, the province has recently seen the release of two high-profile labor activists. Meng Han was recently released after serving nine months in jail. Meng had been accused of “assembling a crowd to disrupt public order” during a rooftop protest in August 2013 at the Guangzhou Chinese Medicine University Auxiliary Hospital. Meng and 11 other security guards had been protesting their employment contracts and and their social insurance benefits.

Meanwhile in Shenzhen, charges of “gathering a crowd and disturbing the order of public transportation” have been dropped against Wu Guijun for his part in a protest at Diweixin.

However, any labor reform in Guangdong probably won’t mean taxi drivers can form their own unions. Drivers in Dongguan, in particular, lament the state of their industry but aren’t in any position to make changes through group organization.

Dongguan taxi drivers have been hit hard by the prostitution crackdown, and have long been suffering from an industry where they are forced to pay kickbacks called “tea money“. The plight of the Dongguan taxi drivers gained prominence when a driver died after working a 24-hour shift. And yet, these labor conditions are accepted as something that can not be changed.

Taxi driver Mr Li, 41, confirms the bad working conditions. He said, “During a bad day, you have no choice but to just sit in the cab the whole 12 hours. If you don’t work, you still have to pay the company. And the tea money is always like a monkey on your back. Everyone wants to earn it back as soon as possible.”

But Li admits the working conditions aren’t liable to change soon. “There is something fundamentally wrong with this job but we are not organised and don’t know how to join forces,” Li said. “That is why we don’t have a say in our pay and working conditions.”

“We are like a heap of loose sand here, there is little solidarity,” he added.

The Days of Manual Labor Are Numbered

It may get worse for some factory workers in Guangdong. The high cost of manufacturing has led some companies to start using robots as an alternative to using human labor.

Perhaps signifying a growing trend, the Shenzhen Robotics Association said the annual output of the robotics industry in Shenzhen had exceeded its initial goal of RMB 20 billion last year. Foxconn is currently using approximately 10,000 robots in its Shenzhen factories, and it plans to expand to a million robots within three years. Another Shenzhen company, Rapoo Technology, incorporated 75 robots into its production line in 2011, and has been able to cut 2,200 staff.

Guangzhou plans to have 80% of all of its manufacturing production performed by robots by 2020.

In light of these many developments, we would guess that the only safe job these days is building robots. Guangzhou is leading the way, proposing to construct two or three robot industrial development zones that will produce 100,000 robots a year by 2020.

In a move that will attract more migrant workers to Guangdong, the provincial security bureau has announced a reformation of the hukou system and will loosen restrictions on household registrations, reports the SCMP.

But before Guangzhou and Shenzhen residents get upset that their already overpopulated cities can’t withstand any more people, relax—this plan specifically excludes these two cities.

Zheng Dong, deputy head of Guangdong’s public security department, explained that each city will set their own standards, but that migrants will not likely be able to reside in Guangzhou or Shenzhen. Zheng said permanent residency would be available to migrants with stable jobs and residences who have paid social security taxes. Among the requirements is that they have lived in Guangdong for at least five years.

The hukou reform looks to attract new residents to populate small and medium-sized cities in the north, west and east of Guangdong.

Peng Peng, a political researcher at the Guangzhou Academy of Social Sciences, said:

“They hope companies in the Pearl River Delta will move to the rural areas along with skilled employees who will work there. Measures to attract new arrivals are necessary for these cities.”

However, Peng warned that migrants would only relocate to these smaller cities if there were adequate jobs and social welfare.

This is the legal morass that a Shenzhen woman named Chang must deal with now that she’s found out her husband is a bigamist, already having having married two other women in other parts of China. When Chang finally found out, she was already five months pregnant.

After receiving a strange phone call asking for her husband but with a slightly different name, Chang because suspicious and confronted Liu about it. Liu finally confessed and explained that having a large family is a Jiangxi tradition because there is “happiness and strength in numbers”.

Chang wanted a divorce, but Liu rejected the idea, so she is taking Liu to court. Chang’s lawyer, Ma Xueping, doesn’t say Chang’s and Liu’s marriage should be annulled because polygamy isn’t tolerated in China. Instead, Ma explains the situation this way:

Yes, the lawyer isn’t even disputing that this marriage is illegal because Liu has all the right paperwork for it; it’s only the pretenses behind the documentation that Ma is questioning.

We hate to say it, but it looks like Liu has beaten a mammoth bureaucracy by becoming a saber-toothed paper tiger.

The importance of China’s hukou household registration system may be paramount to migrant workers seeking urban residence, but to the officials in charge of the system, it’s a gold mine.

According to a April 21 report by Xinhua, two officials at the Pingshan district personnel department in Shenzhen were found to have received more than 3.5 million yuan ($562,000) in kickbacks by siphoning hukou application quotas to an illegal third- party agency.

Shenzhen implemented an hukou application system in which interested applicants, including students, migrant workers and scholars, are granted the right to permanent residency if they have accumulated enough points. Points are awarded for work experience, educational background, property ownership, payment of taxes, and social insurance.

The total number of applicants for Shenzhen residency last year is unknown, but by July 7, 2013, the city had accepted 30,000 applicants through the city’s legal channels for employment, according to iFeng.

He and Nie are said to have been placed under criminal investigation. 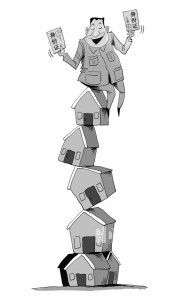 Guangdong to loosen school entry restrictions for migrants, but some say it’s not enough

Getting into a reputable high school or college is a difficult task for even the most privileged of Chinese students. Yet the situation for the children of migrant workers is infinitely worse. The Communist Party’s long-standing household registration policy, or hukou, has barred the children of migrant workers from even applying to many university-track high schools and universities. Yet according to a report on China National Radio, Beijing, Shanghai and Guangdong plan to gradually relax the restrictions.

As of 2013 in Beijing, and 2014 in Shanghai, the children of migrant workers living within city borders will gain access to higher-education exams. However, the rights are far from what their urban counterparts currently enjoy. The plan includes removing restrictions on admissions to vocational-track schools, and will only permit university access to those students who have first graduated from a vocational school programme. Even if they successfully complete such a program, their university applications will continue to be processed in their legal hometown.

According to reformists, the new policy will continue to discriminate against rural migrants. “It’s not ideal,” says Zhan Haite, the 15-year-old daughter of migrant workers who, despite being raised in Shanghai, was barred from attending a university-track high school. Her father’s campaign to secure education rights in Shanghai resulted in protests earlier this month, and ultimately his detention for several days. “They have just made the regulations more detailed, not changed the underlying situation,” she said, adding as long as rural migrants are perceived as second class citizens, they will never be accepted as equals within higher-education: “I bet only 5 per cent of the kids would meet the new requirements.”

While Guandong won’t introduce similar education reforms until 2016, they will not be subject to the same restrictions as students in Beijing and Shanghai. According to the report, Guangdong students will be able to apply to university on an “equal footing with legal residents”. However, as more specifics have yet to be released, it remains unclear as to how equitable Guangdong’s policy will actually be.

First introduced by the Communist Party in 1958 to control the movement of workers from rural to ballooning urban areas, the hukou registration system imposes controls over health care, education, and housing for those workers seeking employment outside of their own geographical region. While reforms were introduced in the 1990’s and again in the early 00’s, the Chinese Ministry of Public Security has justified the continuation of the policy on the basis that densely populated urban centres lack the necessary resources and infrastructure to support the overwhelming influx of rural Chinese that has occurred over the last three decades.