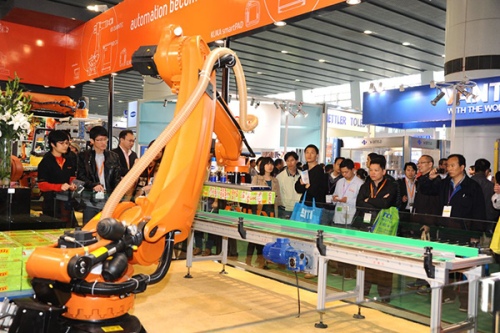 Labor strife in Guangdong can be had to generalize: as some labor disputes flare up and workers are granted concessions, other labor protesters are convicted for “disturbing social order”. And so, we have the following pieces of news, both announced recently.

There are currently 30,000 workers are on strike at the Yu Yuan Industrial shoe making factory complex in Dongguan, the Associated Press reports. Workers have been protesting the company’s lack of social security and welfare benefits, and have been staging periodic work stoppages at the factory since April 5.

Yu Yuan makes components used in shoes by Nike, Adidas, Reebok and New Balance in a gigantic complex made up of ten separate factories. The Nanfang had first told you about this labor dispute back on April 7.

Striker Cui Tiangang, 31, was adamant on the demands made by the workers. Cui said, “We expect at least an explanation, to give us an answer… We will keep on striking if there is no offer.”

If true to claims made by the organizers, this protest is the largest strike of its kind to ever take place in China. As historic an occasion that may be, Cui’s solidarity for his fellow worker may just be a quaint notion in the not-too distant future.

READ: Strike by Sanitation Workers in Guangzhou
Leaves the City Messy, But Wins a Pay Raise

That’s not all: the Guangzhou government is proposing to construct two or three robot industrial development zones. Each of these in turn will make 100,000 robot units a year by 2020.

It’s simply great that waves upon waves of robots will be given the jobs necessary to provide for their robot families, but a reliance upon technology does not always solve the problem at hand as seen in the documentary about the decline of American prosperity, Robocop (1987).

Sure, it will be great to reap the rewards of a worker that won’t go on strike, and will neither arrest nor harm any senior executives of OCP. Luo Jun, executive chairman of the International Robotics and Intelligent Equipment Industry Alliance, predicts the annual output value gained from the robotics industry in China will equal 300 billion yuan (US$48 billion) in 10 years.

However, industry experts are warning against an over-reliance upon the Western market and its technology as well as the danger of overcapacity. At that point, both robots and workers will be out of a job.

Manufacturing production is a huge industry for China and if this sector should ever suffer a economic breakdown with catastropic consequences, we may be referring to Robocop more often. If it isn’t “I’ll buy that for a dollar!” then it will be this:

No Mooncakes, No work! Workers at Apple’s Supplier in Dongguan on Strike