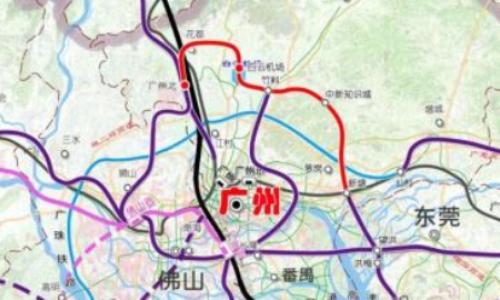 As Beijing makes plans to develop itself into a megacity of the north, the long-standing intention to integrate the three cities of the Pearl River Delta is coming to fruition.

Details of the tri-city subway system that will interconnect the public transportation networks of Guangzhou, Dongguan, and Shenzhen have been announced, reports Yangcheng Evening Report.

The subway line will extend from Xintang, Baiyun Airport to Guangzhou North station.

In other subway developments, plans are being discussed to connect Guangzhou Metro Line 5 to Dongguan Metro Line 1.

With a terminal station at Huangpu Passenger Ferry Terminal, the extended subway line will intersect with the Dongguan Metro at Mayong Station. It is expected to be completed in 2020. 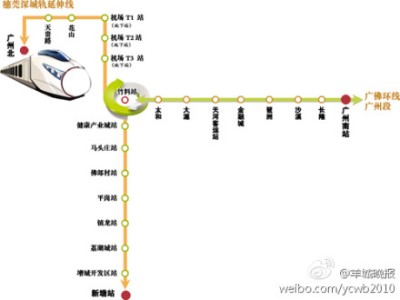 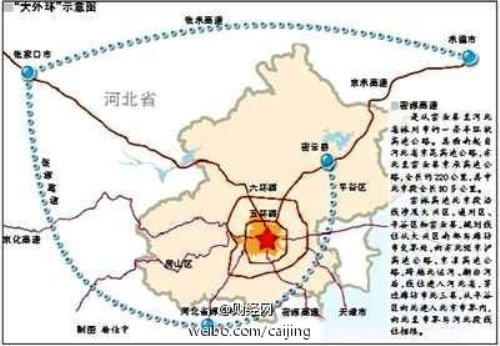 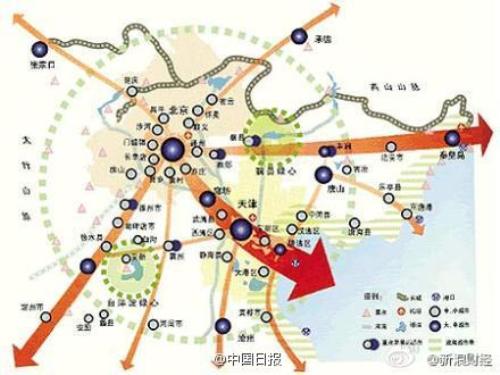 The proposed inter-provincial transportation system announced last year that will connect the three cities of Shenzhen, Dongguan and Huizhou is promising to provide trips of only 60 minutes in length to commuters riding two trains under ideal circumstances.

The Guangdong Provincial Transportation Department announced its proposal up for ratification on April 11 that will unify the separate cities of the Pearl River Delta into a singular urban amalgamation. The proposal also outlines how a trip from one transportation hub to another should only take 30 minutes, and how the network will be extensive enough to allow commuters to walk to any downtown core area from a subway station in just 15 minutes.

Scheduled to be completed in 2030, the ambitious plan will see Shenzhen establish two subway lines to Huizhou, and another three to Dongguan.  The entire subway network will consist of three north-south lines, four east-west lines, and a subsidiary line in addition to new road and railway network that would see commuters travelling from Guangzhou to Hong Kong in one hour’s time.

Things do sound good in theory, though we’ve seen that things put into practice aren’t as ideal. The Shenzhen-Xiamen high-speed rail which broke down in a tunnel recently was touted to last only three hours, whereas it now journeys for four. Still, commuters are able at present to enjoy features like surfing free internet to pass the time as others drop the gloves, their civility  or a diamond deuce.

A handful of residents in Yangji village in Guangzhou are putting up a valiant fight in a stand-off between them and piranha-like property developers.

Six families are refusing to surrender until they get a better compensation deal but time seems to be running out with builders using new tactics to get on with their job.

A moat has been dug around the remaining homes – up to 6 feet in some places – in the latest move to flush people out. Builders are reported to be using other methods, such as cutting off electricity and water supplies, to make living conditions unbearable.

These scenes are all too common across China. It’s an unfortunate situation created by the city outgrowing itself many times over.

Guangzhou’s long history and status as a major trading hub makes it ripe for redevelopment. However, in this instance and many others, the financial settlement is not meeting the needs of villagers looking to remain in the area.

The village is said to be 900 years old, much older than the three-year-old battle that has been raging right in the heart of the city.

Here the Telegraph reports on the current situation as told by one villager:

A villager named Mr Qin, who has refused to leave his home, said the moats were just one tactic “hostile” former neighbours had used to render the community uninhabitable.

Since last November, Yangji’s electricity and water supplies have been repeatedly sabotaged, he claimed.

At least one villager, named as Li Jianming, was also beaten up. “The corner of his mouth, his teeth, and arms were covered with blood [and] his lips were split,” Xinhua reported.

More than 12 million people call Guangzhou home, but with land and property in “severe shortage“, urban villages are falling by the wayside to better utilise the city space. Yangji village is one of 138 being overhauled. Over 600,000 people have been uprooted so far.

In a series of images posted on NBC News, the battle is too much for one resident. Take a look for yourself: