To make payments via Alipay, China’s largest online payments system akin to PayPal in the United States, users simply need to scan their fingerprint using the phone’s built in sensor. The feature comes with Alipay 8.4 but is only available on iPhone models that have Touch ID, which includes the iPhone 5S models or the newest iPhone 6 and iPhone 6 Plus.

Alipay has assured consumers that all fingerprint information will be stored in the phone, and not uploaded and shared with third-parties.

Apple is also rumored to be working with Alipay on enabling Apple Pay in China.

University graduates competed with each other to see who could be the most successful online “laowai” retailer. The contest featured cash rewards of up to RMB 10,000 and a chance to win two years of free rent in Hangzhou’s Network Innovation Park.

The winning company, “Albert”, had the corporate slogan, “Technology to shape the future, creativity and wisdom for life”. Albert promotes interactive technology outsourced to independent companies for design and manufacturing. As with other competitors, the Albert team used foreign social platforms to successfully promote its products.

Other participants included “i-life”, an anime online toy retailer boasting monthly revenues of RMB 10,000. The company is currently expanding into Russia and Brazil.

Alipay Launches in Australia as it Continues Its Global March

Chinese online payment system Alipay is spreading its wings far beyond China. The popular payment platform is now available down under.

The Alipay subsidiary, appropriately titled Alipay Australia, follows the recent launch of the company’s ePay Payment Program in the US, reports China Daily.

In conjunction with the Australian Postal Department, Alipay will provide access at 4,400 Australian stores and outlets. The local presence will give Australian consumers access to TMall and Taobao, and facilitate cross-border e-commerce. The joint agreement is expected to help Australian companies quickly expand into Chinese markets.

According to Forbes, Alipay is the largest mobile payment processor in the world, clearing approximately 80 million transactions per day, and processed US $780 billion worth of transactions in the year ended June 30.

Alipay is owned by Alibaba, which listed this year on the New York Stock Exchange.

Taobao: Where You Can Truly Buy Everything, Even Hot Female Models

Shopping online is fun. It’s great to pick out something online in the privacy of your own home and then find it arrive at your door just days later.

Taobao is the granddaddy of online shopping in China, and was instrumental in making Singles’ Day (November 11) into the biggest retail shopping day of the year. And while Taobao has been noteworthy for offering an wide assortment of oddities for sale that range from virtual girlfriends, mourners for rent, and stuff you never knew you needed to buy, it seems that absolutely everything is available for a price on Taobao—even the Taobao models themselves.

Models are categorized on their Taobao page into several groups and styles such as nationality and location or by sub-categories like “cute“, “sexy“, “sweet“, “schoolgirl“, “office lady“, and “ethnic“.

Each page lists their height, weight, and professional experience along with a multitude of photographs. And if you’re the type of lurker who will peruse models’ pages without any intent of hiring them for a job, there’s still a way you can help out. Models’ pages also have a section for comments and fans, which also differentiates them.

With each page looking like an individual entry into a social network hub, it’s not hard to think of the Taobao model page as a virtual Facebook made up of preening, pouting girls with an enormous wardrobe but without pictures of the food they ate last night. So now you know: if you’re in the market for a model, you can find one in China’s greatest online mall.

The traditional way to celebrate Singles’ Day is to eat four youzi (fried doughsticks) and a meat bun, which represents the dot between month and day.

David Beckham met with Jack Ma last week to develop a Singles’ Day promotion. Headlines have been flying around about China’s famous “Single’s Day”, with some comparing it to Black Friday for shopping in the United States. But what exactly is Singles’ Day? And why is it so important that Jack Ma is willing to pay David Beckham to promote it?

“Singles’ Day” is something of a mash-up of Chinese superstition and Western consumerism. The holiday takes its name from the date, November 11, and is most often represented as 11/11. Visually, the date represents a bunch of sticks in a line, which gives it its Chinese name, “Bare Sticks Festival”, or 光棍节. Although there are many theories explaining the origin of Singles’ Day, the most common one is that it was concocted by lonely university students to celebrate being single and relieve themselves of the pressures of getting married and raising a family.

Chinese numerology places importance on certain dates that sound like something else. For example, January 3, 2014 (2014/1/3), is significant because it sounds close to, “Love you for the rest of my life, and the end of my years.”

While the holiday was conceived as a celebration of singlehood, November 11 has slowly gained traction as another holiday for couples to celebrate their “couplehood”. It is now commonplace for couples to reserve the date for their weddings.

Singles’ Day was eventually added to the many dates “Chinese Valentine’s Day” is celebrated, including the traditional western Valentine’s Day on February 14, White Day on March 14 when women are expected to give gifts to their partners, Qixi Festival/Girls Day/Seven Sisters Festival on the seventh day of the seventh month of the lunar calendar, and now Singles’ Day.

Singles’ Day has quickly become a lucrative commercial opportunity for retailers. Although singles have no one to buy gifts for, except presumably themselves, couples have each other. Taobao was the first online retailer to create Singles’ Day promotions, and it was soon copied by several other online retailers who all offer games and the promise of cash rewards or discounts. It has become so popular that many retailers now strategically remove their best selling items on Singles Day to help get rid of unwanted stock.

Order from US Amazon, Have It Arrive 3 Days Later in China

Move over Alibaba and Jingdong, Amazon wants a bigger piece of the Chinese e-commerce pie. According to a Tech in Asia report, the company will introduce global shipping of its products to Chinese customers faster than ever starting on November 11 this year, also known in China as ‘Singles Day’.

As The Nanfang reported previously, Chinese customers will be able to order goods from Amazon’s US, German, Spanish, French, and Italian stores and have them shipped to China. Perhaps most impressive though, Amazon claims that through partnerships with EMS and UPS, international orders will arrive at your front door in as little as three days.

The plan comes on the heels of popular American megastore Costco getting in on China’s e-commerce market. Through a partnership with Alibaba, the company will ship their popular oversized products to Chinese homes, coincidentally, also in as little as three days.

Amazon is hoping to capitalize on China’s appetite for international goods, as well as the common belief that goods manufactured elsewhere are better, and in some cases, safer (see tainted milk scandal, etc.) than their Chinese equivalent.

Whether Amazon’s Chinese expansion will work remains to be seen. They no doubt have the infrastructure to compete with Alibaba and Jingdong, but then, arguably so too does eBay, Walmart, and Best Buy, all of whom have failed miserably in China. 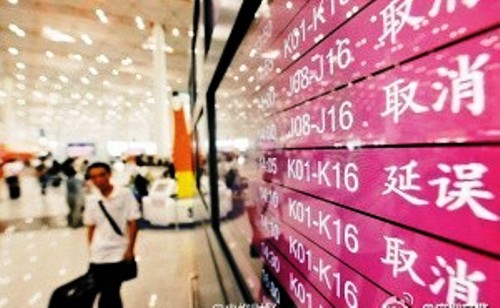 Delayed flights are very common in China, so it seems only natural that an online ticket retailer like Qunar would offer flight delay insurance to its customers. However, according to a report by CCTV 13, the travel insurance may actually be fake.

Wang Zheng, who booked a flight using Qunar, purchased the optional delayed flight insurance for RMB 20. To learn exactly what was included, Wang contacted the company, Pacific Insurance. When he spoke to a representative, he was told that the company offered no such service.

Following the CCTV 13 report, Qunar announced that if their customers purchase flight insurance that proves to be fake, Qunar will compensate them to the tune of 10,000 times their original insurance fee.

Costco Opens in China, and No Membership Fees!

Costco, that warehouse supermarket with extra-large boxes of food, is about to enter the lucrative, yet increasingly crowded Chinese e-commerce market with its Chinese partner, Alibaba. Yet, unlike North American outlets, Chinese customers will not struggle to find parking spots at a giant retail store because Costco isn’t opening one. All of the shopping will be done online through the popular website, TMALL. That means customers will not be required to buy a membership. In addition to selling goods at sizes you never thought imaginable, Costco guarantees home delivery within three days.

Costco received over 10,000 orders on the first two days of opening (October 12-14) at its Hangzhou headquarters, including orders for three tons of Kirkland nuts, and 1.5 tons of dried cranberries.

To give you an idea of what Chinese shoppers are interested in, here are the top five recommendations:

Costco’s emergence in China’s e-commerce market comes at a busy time for the country’s online retailers. Amazon China recently announced that its consumers will be able to directly order and receive shipments from its US website, while e-commerce giant Alibaba recently launched an initial public offering on the US stock market.

Buying things in your underwear has just gotten easier: Amazon will soon allow customers in China to make purchases from their US site, and then have the products directly shipped to them in China.

Amazon has also announced it is building an international headquarters, warehouse, and distribution center in the new Shanghai Free Trade Zone, meaning Amazon customers in China will be able to buy the same things Americans can at the same price (with some additional shipping costs).

According to Wang Peng, general manager of the Asia E-Pay Company, delivery will take seven to ten days. Wang also said eager customers can begin placing orders sometime in the fourth quarter of this year.

With e-commerce being one of the things that immensely helps expats in China, this news should make life a great deal more convenient for anyone that needs to buy a three wolf moon T-shirt, a slanket that makes you look like Superman or Wonder Woman, or maybe a set of Chinese finger traps that one can’t seem to find around here.

[Some readers may find the contents of this post objectionable]

This Weekend Gallery comes to us courtesy of Taobao Media Tumblr (link may not be SFW), a cornucopia of some of the most enticing ads you’ll see on the popular e-commerce site.

With the pressure to buy anything taken off your shoulders by removing any context, you can now fully appreciate the extent to which the free market has developed in China.

Looking for a wall hook in the shape of a finger? Maybe a shirt with a flaming horse on it that is labelled “Horse”? Or maybe bed sheets designed with your wedding photos on it? It’s all here: 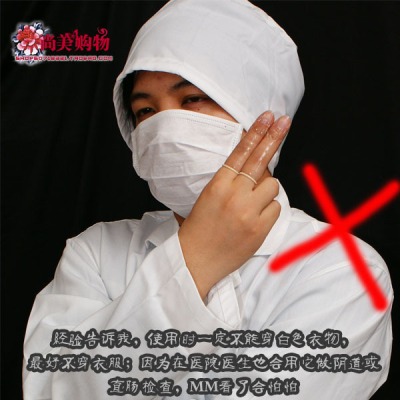 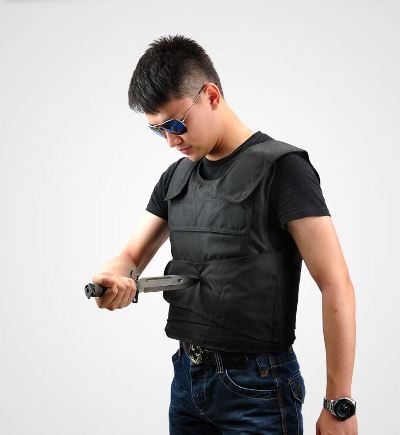