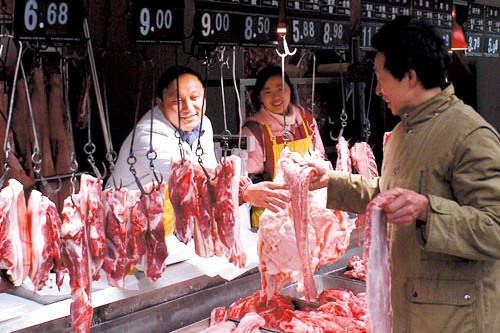 However, allegations have surfaced from the Shandong-based Qilu Evening Report claiming the use of expired meat is endemic throughout all of the Chinese food industry and is not limited to Western fast food restaurants. While there isn’t much conclusive evidence behind these allegations, they remain horrifying all the same.

An industry insider unwilling to reveal his name told the Shandong newspaper reporter why he doesn’t eat meat buns when he goes out:

I never eat meat buns when I’m out, this industry is all the same. Some factories sell expired meat to vendors processed with onions, ginger and garlic so that you can’t tell the meat isn’t any good. This expired meat is sold to vendors at 80% off the normal price. From their perspective, every mao (one tenth of a Chinese dollar) they save is worth it.

Meanwhile, a chef only known by the surname Mao explained that the food service industry has a particular way of dealing with expired meat, or meat that is close to being expired. Mao explained that since this type of meat has a limp flavor, the tainted meat is used in specialty dishes that have a heavier taste, such as Shandong or Sichuan cuisine. Specific examples of dishes include maoxuewang (duck’s blood, meat and tripe in spicy soup), and boiled meat strips because the customer will ask for a heavier mala (spicy) taste that ends up masking the taste of the old meat.

The reporter also alleges that Shandong supermarkets do not necessarily get rid of their stocks of meat at the end of the day. Rather, it’s said that some supermarkets will try to sell meat from the day before by mixing it in with the current day’s batch.

Any reprieve by purchasing imported meat is also not a vivable solution, according to the report, which says that meat products can be put into cold storage for a period of up to two years. Looking for a good restaurant in Jinan in Shandong Province? You may want to reconsider as hundreds of restaurants there have closed rather than submit to health inspections, reported the People’s Daily.

On July 1, a “secret” national hygiene municipal inspection was to be carried out in Jinan on a vast scale.  One-thousand volunteers wearing armbands conferring their official status were sent to inspect all of the city’s restaurants. When the eateries found out about the supposed “secret” inspection, they closed up shop.

Many of these pictures were taken at around 4pm, just before the dinner rush, and yet there are hardly any people around. We wish we could tell you at least one restaurant defied the trend and stayed open, but the report doesn’t mention any.

Apparently, some restaurants have been ordered to take down their signs because they don’t meet health regulations, presumably due to the improper disposal of garbage that the volunteers were still able to inspect from outside the premises. The businesses are apparently waiting for the health inspection period to wrap up so they can re-open. 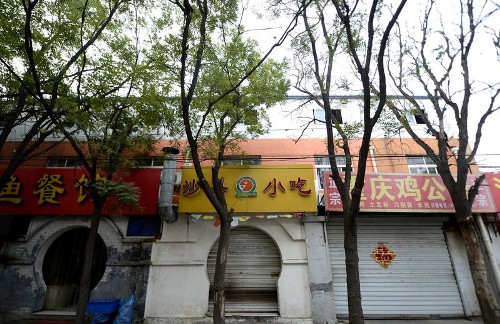 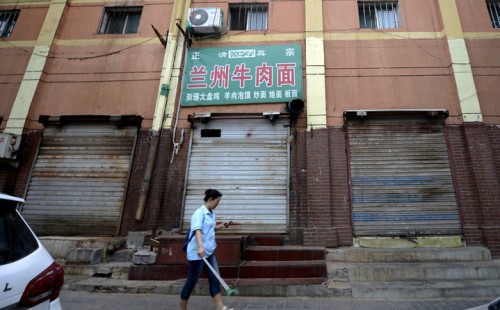 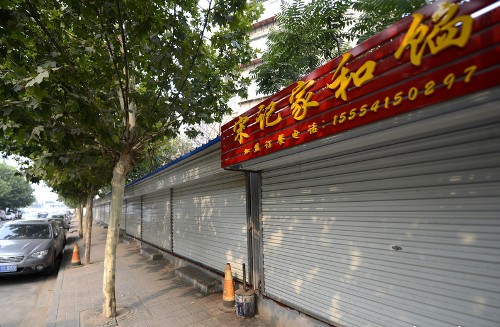 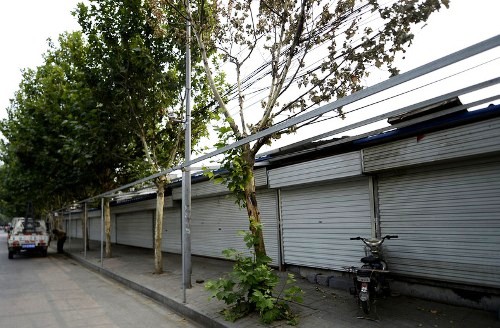 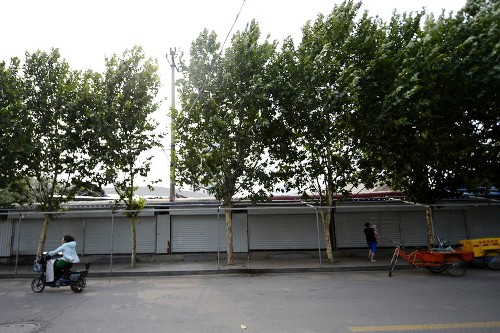 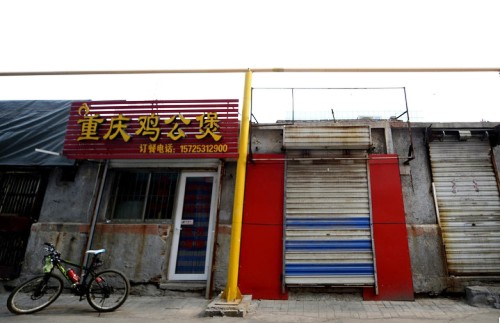 Here are some pictures of the volunteer health inspectors, seemingly left with little to do: