Woman in Shenzhen kills and burns her own daughter

The bed after being burnt

A woman in Shenzhen’s Dapeng New Zone, who had long been highly abusive toward her 8-year-old daughter, caused the girl’s death last month, then burned the body in an attempt to make the death look like an accident, The Daily Sunshine reports.

The woman, identified as A Ying, had always favoured her 4-year-old son and was highly abusive toward her daughter, Xinxin. She would often make the girl do chores and beat her if they weren’t done to her satisfaction, the paper reported.

On November 1, Xinxin contracted a fever shortly after her mother beat her for failing to clean a faucet to her satisfaction and later beat her for wetting the bed. The following day, police received a report of an “accident” but treated the case as suspicious.

A Ying only has a high school education, but she is extremely well read and studies literature, theology and medicine in her free time. When she heard the police were keeping Xinxin’s body to do their own tests, she went on the Internet to learn about how such investigations are done, seeking sophisticated ways of continuing to deceive police.

In the end, she confessed and now faces a possible death penalty.

A Ying is known for having a loving marriage and being a good daughter but admitted that she had seen her daughter as a burden. She showed no remorse for the crime.

It seems some families still prefer sons to daughters. 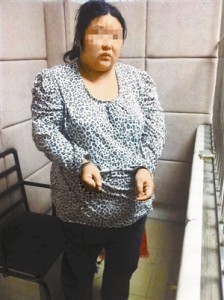