Shenzhen men finally get their due 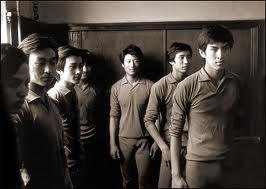 China embraces special days like International Women’s Day and International Children’s Day with gusto, so it’s not surprising at least once city has noticed there is a group of people who are yet to be honoured with their own holiday:  men.

Shenzhen has long been considered one of the most free, and dare I say “enlightened” regions of the Chinese mainland, so perhaps it should come as no surprise that the city is considering passing a bill calling for a “Men’s Care Day”, which would fall on October 28.

The story is courtesy of the South China Morning Post (behind a paywall):

Under the draft bill, fathers would also be entitled to no fewer than 30 days of paternity leave before their babies turned one, the Shenzhen Special Economic Daily reports.

The gender equality provision, the first of its kind in China, includes several legal safeguards to uphold gender equality through flexible retirement ages for women, equal pay for both sexes and the introduction of child-bearing allowances for both spouses.

Men’s rights has been a topic of conversation because their physical and mental wellbeing is often overlooked in traditional Chinese male culture, which portrays men as aggressive and less forthcoming in expressing themselves.

Not everyone is in favour of the bill, however.  Dr. Fang Gang, a gender specialist at the Beijing Forestry University, was quoted in the article saying highlighting the stress men faced overlooked the plight of women.  Which begs the question: is it okay to overlook the plight of men?

So we turn the floor to you.  Is this a good move?

This entry was posted in Featured, News, Shenzhen. Bookmark the permalink.