On the evening of July 16, the Giant Yellow Duck disappeared. The giant-sized Western-style rubber duck has vanished after a heavy rainstorm in Guizhou, Guiyang Province.

But that doesn’t matter anymore. Introducing : the Big Orange Toad.

Yes, that’s a guy in a boat in front of the Big Orange Toad.

The Big Orange Toad can currently be seen in Yuyuan Spring Park in Beijing. Not many details have been released yet, but then for an enormously oversized inflated object of cuteness, we’re not sure it needs any.

We can’t say for sure if there’s a connection between the lost duck and the toad. But, toads have been known to change their shape (at least when princesses are involved).

Do you love it? We hope the Big Orange Toad is the new auspicious icon that China’s been waiting for ever since that last icon went suspiciously missing…

Fujian Province is the site of an insidious invasion, and people in Fuzhou are being warned. A headline in the Strait Capital Report says: 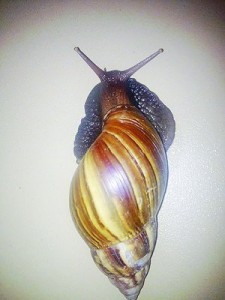 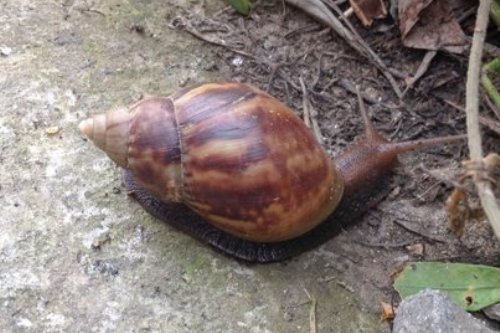 A snail as big as a fist has shockingly appeared on the streets of Fuzhou. Yesterday evening, city resident Miss Cao saw such a “giant snail” near Tongpan Road. Curious, Miss Cao took a picture, and then called 968111 to report it.

But while residents have been warned, some of the snails are still being sold as food.

A market vendor was quoted admitting the public health menace is available at markets:

They’re selling very well. Many of them are sold in an afternoon. 5 yuan for half a kilogram. These snails are both cheap, and delicious.

As per the advice of the experts, we’re sure hope that these snails were cooked at temperatures over 100 degrees Celsius.

Another Brutal Dog Killing, This Time at a Shelter in Hangzhou

Only days after we broke the story of a brutal beating of a dog in Beijing in broad daylight, another horrific dog killing story has surfaced in Hangzhou. This time, nobody’s pet was beaten in front of the owner, but it’s just as sickening.

An urban management officer (otherwise known as chengguan) collected a mother and seven pups from a market in Hangzhou after the owner complained the mother had become more vicious after giving birth. The officer took the dogs to the animal shelter to have them put down. In order to deal with the newborn pups, a middle-aged staffer at the shelter lifted the pups into the air one-by-one and threw them down with tremendous force to kill them, all in full view of the mother. Some were so young they were unable to open their eyes.

The Chinese internet obviously became outraged after the photos surfaced. SCMP has translated a few comments:

“If the mother dog should be killed for hurting a man, what should we do to the man that has killed seven puppies?” wrote one microblogger.

“It’s not a stray dog shelter, but a slaughter house!” another wrote.

An animal welfare association based in Hangzhou said many stray dogs were treated cruelly when they were sent to be “controlled” by the relevant government departments.

It said: “The city administration and law enforcement bureau should make public how you “control” the stray dogs … by ‘control’ do you mean all stray dogs should be killed?”

This is just the latest case of extreme animal abuse in China, and one wonders what needs to happen before dogs are dealt with humanely.

Trevor Metz, who previously owned “One-eyed Jack” before he was beaten to death in Beijing, said confiscating unregistered pets is not the problem; rather, the issue lies in dealing with the pets in a humane way after they are confiscated.

One hopes the authorities in China take his advice.