It may have taken a while for the ALS ice bucket challenge to infiltrate China, but there’s no such delay on news that naked photographs of female Western stars have been leaked online.

Sina Entertainment wants to ensure Chinese readers fully understand the complexities of this scandal by publishing these nude photos, albeit lightly harmonized with mosaic censoring.

The flip side is many people in China haven’t heard of these stars. Here’s the Sina Entertainment post from yesterday (emphasis added):

#Hollywood Sexy Photos-gate
Second crop of nude photographs of “cousins” have been revealed [breakdown.emo]
At present, a spokesperson for Jennifer Lawrence has confirmed that she will take legal measures against the person responsible. Also involved with the scandal are Spider-Man actress Kirsten Dunst and milkshake supermodel Kate Upton among many.

The person identified in the scandalous photos is Kiki Dunst, not Kirsten Dunst. All the same, there may be a correlation between Upton and milkshakes for which Sina may explain later.

Sina Entertainment then informed us that there may be more news in the future by calculating the number of people left who have yet to have their privacy violated:

#Hollywood Sexy Photos-gate
May involve up to a hundred celebrities; Avril (Lavigne) and others on list [surprise.emo]
Leaked nude photographs of female stars have shocked the world, but the amount that was revealed yesterday is just the tip of the iceberg! Popular singers Rihanna, Avril (Lavigne), celebrity Scarlett Johannson, and (Johnny) Depp’s fiancee Amber Heard are among the people in the collection of photographs. There are a total of 101 female celebrities upon this list. There already have been 17 people exposed, making for 84 people who have yet to be exposed.

However, if you’re wondering how pictures of naked people (famous or non-famous) can be published in China when all pornography is illegal, this latest update seems to say it’s okay if they are hacked by foreigners:

#Hollywood Sex Photos-gate;
May involve up to a hundred celebrities; FBI, Apple to make investigations
A sensation was exposed world-wide on Sept 1. A foreign hacker had exploited a loophole in the Apple iCloud service to illegally obtain naked pictures of several famous female movie stars. A netizen had posted a screenshot of the desktop of the suspected leaker of the photographs in which a full list of the celebrities photographed naked can be seen. Added up, this list of female celebrities numbers 101 people.

China has been accused of being involved in the use of computer hackers from countries like Canada and the United States, though it’s not known if they too have illegally obtained nude photos of celebrities.

Comments by Chinese netizens regarding this international news article include the following:

朱权鑫：
To this unscrupulous hacker, I would like to say: you have done well.

韩风旭日：
So, it turns out that Edison Chen is in line with the rest of the world after all.

郭鼠儿：
What kind of sex scandal is this? These pictures were taken by these people themselves and put on their own phones, which were hacked. Once disseminated, this internet security can’t be relied upon at all… These hackers are too perverted. If you want to see for yourself, then go ahead; but if for these photos to start spreading virally…

Jerry行走在路上：
Upon seeing our national headlines have all been taken over by Chinese entertainment circles, I am humiliated to the point of anger. You’re pushing your luck, female foreign celebrities! 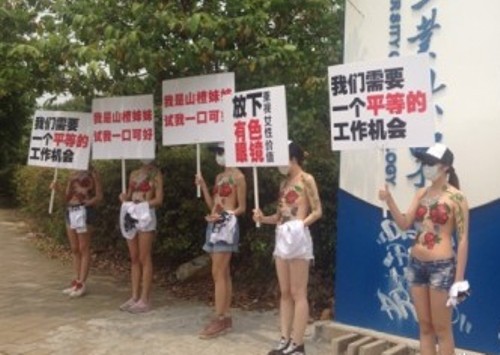 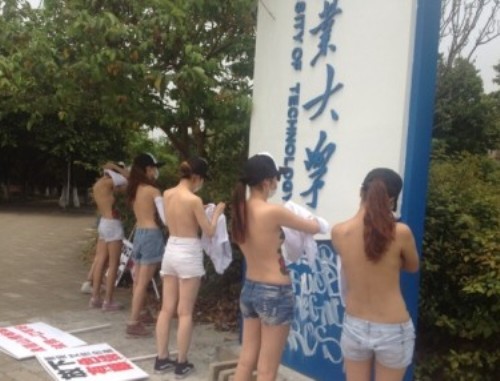 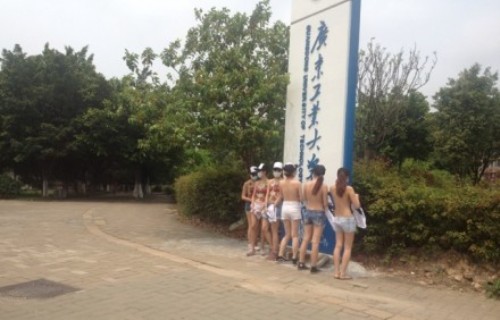 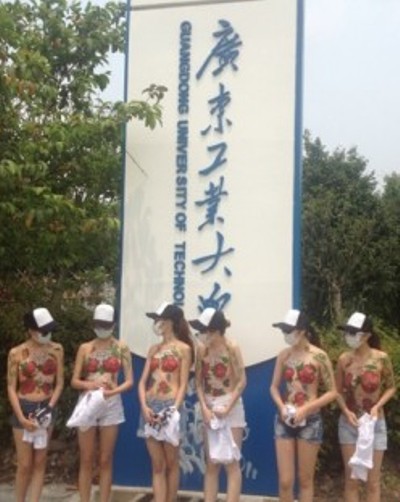 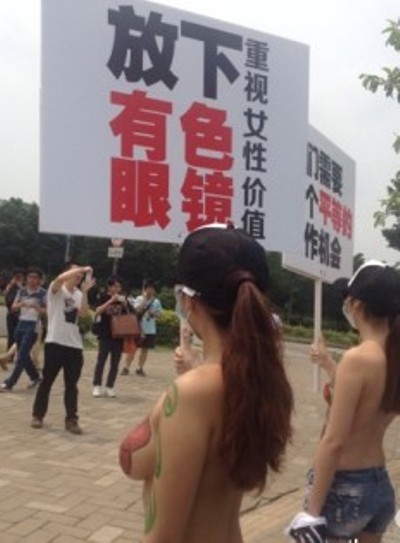 Naked pictures of Guangzhou woman sent to her friends and family

There’s feeling rejected, and then there’s taking revenge: one ganma, or surrogate mother, in Guangzhou chose the later after her god-daughter rejected a boyfriend she recommended.  In China there is a concept called the 干妈 (ganma), which is similar to an unofficial godmother who tries to take on the mother’s role in a younger person’s life.

It all started when the ganma, surnamed Yuan, brought home a prospective boyfriend for Miss Huang.  Huang didn’t like the guy, and basically told him to buzz off.  But Yuan was none-too-pleased, and began exacting revenge.

Shortly after the rejection, Huang was mortified when she discovered naked photos of herself were sent to her friends and family accompanied by threatening text messages, according to local media.

The series of messages and ensuing dispute continued for over a month. Initially, Huang suspected that her ex-boyfriend was behind it, but it emerged that he was abroad receiving medical treatment. It was later discovered that the pictures and messages had been sent by her ganma, Yuan.  She did it to avenge Huang’s rejection of a prospective boyfriend she had introduced.

Yuan could face jail time for the severe invasion of privacy.