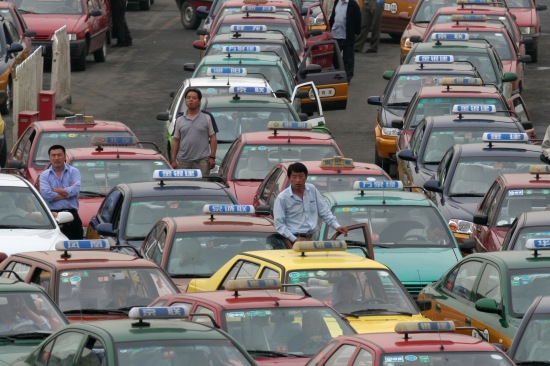 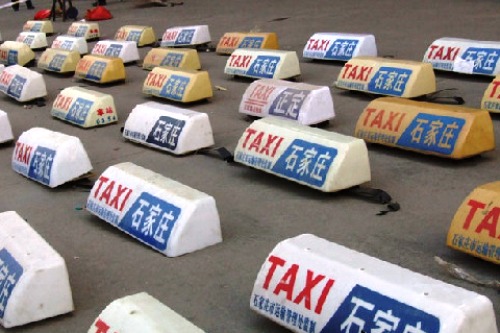 Guangzhou authorities are toying with the idea of increasing taxi fares in the city. Right now, when you get into a taxi, the meter starts at RMB 7 for the first 2.3 kilometres. After that, it is 1 kuai for every kilometre thereafter, plus an RMB 2 fuel surchage once the final fare is known. This actually makes Guangzhou taxis among the cheapest in big, modern Chinese cities: the rate starts at RMB 10 in Beijing and RMB 12 in Shanghai for the first three kilometres, and each city charges 2 kuai per kilometre fee after that. It gets worse though… Beijing moves to an RMB 11 starting fee after 11pm, while Shanghai moves to RMB 16 at night. And authorities there are thinking of raising it further.

Shenzhen’s taxi fares also start at RMB 10, but is subject to a three kuai fuel surcharge – the highest in China. Perhaps somebody at the Guangzhou Bureau of Commodity Prices (yes, they are the ones that set taxi fares) noticed this pricing chasm. They are considering setting the initial fare at RMB 10, which is a steep 30% increase on current prices. However, the 2 kuai surcharge would be abolished. Even though that would make Guangzhou’s fares competitive on a national level, people, understandably, still don’t like coughing up the extra fen:

The result of a March survey by the Guangzhou Public Opinion Research Center revealed recently that 57.9 percent of the surveyors consider this price unreasonable and 57.1 percent will reduce use of taxis if the starting price increases.

The Guangzhou Bureau of Commodity Price said that they will hold a hearing before they increase the starting price of taxi. The adjustment will be in accordance to the prices of LPG gas. Some drivers worry that the hike will affect their business, “passengers may not accept the price psychologically even though the price is increased only 1 Yuan. The metro and bus in the city is more and more convenient.”

The bottom line: with inflation surging in China, it just isn’t as cheap to live here as it once was.