Guangzhou, Shenzhen Gaokao Applicants Sent Off With Emotion and Pageantry 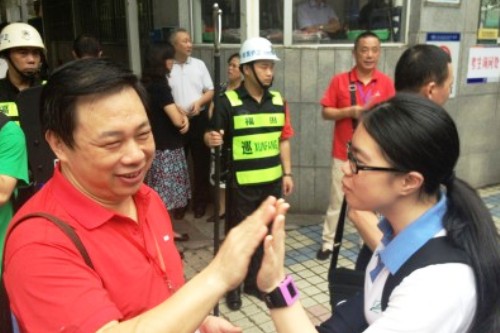 It’s gaokao time! It’s the moment that Chinese students have been preparing for their entire lives: to take the national university entrance examination in order to be ranked in a list millions of names long and decide which student goes to which university… or not at all.

To make sure this important occasion goes smoothly, the City of Shenzhen has instituted a noise ban anywhere a gaokao is taking place, while armed Foshan police have been dispatched to examination sites to preserve the peace.

The gaokao will determine the fate of the students for the rest of their lives, so simply saying that it’s a “big deal” is to omit the colorful metaphors required for the necessary emphasis.

But colorful metaphors were used when gaokao examination applicants arrived to take the test at the Guangzhou Zhixing Middle School only to be applauded by the 60-70 people that lined its entrance. One student said he didn’t feel like “he was alone in fighting this war“. Summer Hollywood blockbusters may have more hype to them, but the gaokao can be described as nothing less that the pivotal moment these young people have been living for their entire lives. At the Shenzhen Experimental School, teachers could not hold back their emotions as they sent off their students to an uncertain fate. 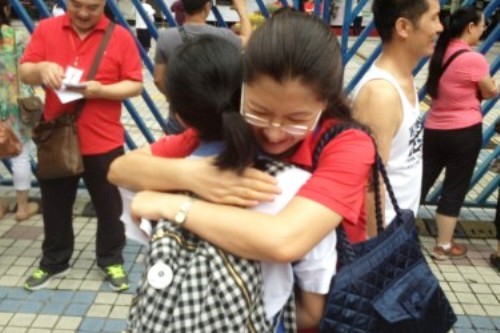 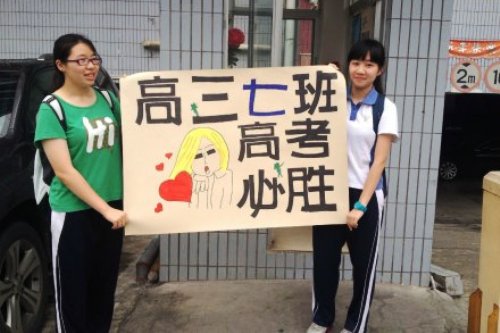 [Sign above reads: "Class seven of year three high school, you must succeed at the gaokao!"]

Back in Guangzhou at Huanan Normal University, a department store had employees dress up at the examination site to wish the students well. 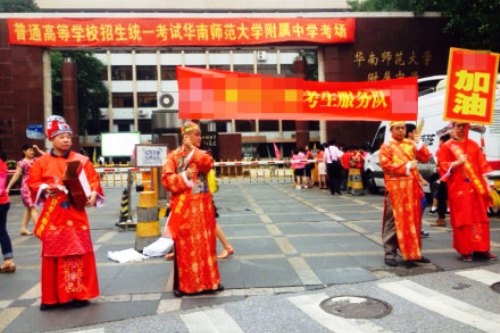 And hype would be nothing unless there is glamour to accompany it, as these Guangzhou women dressed in dresses and qipao in honor of the occasion: 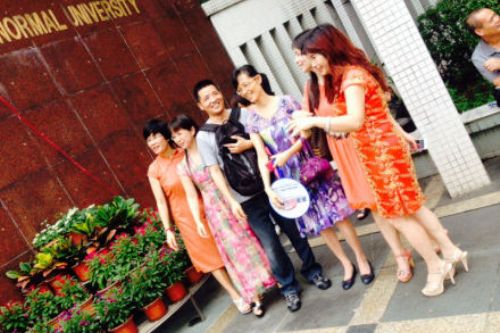 We wish all the examination applicants well, and hope these young people will be able to unwind after being burdened with so much pressure. However, that also means finally revealing any fatally bad news that may have been kept from the students in order to help them concentrate.