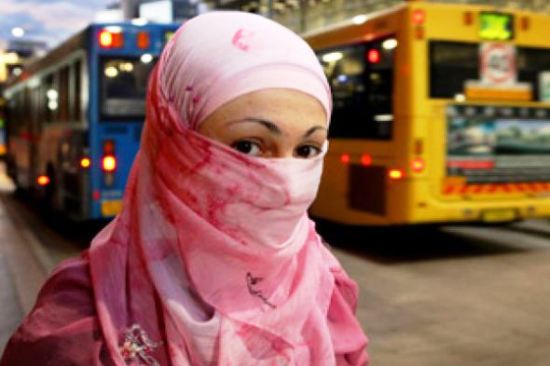 If you’re a Muslim, you may wear a headdress or veil, have a long beard, or display the crescent moon and star, a symbol of Islam. But if you do any of those traditional things, there’s a good chance you’ll be facing discrimination in the Xinjiang city of Karamy over the next couple of weeks.

From August 5th to the 20th, anybody in Karamay City wearing face veils, niqab, burqas, clothing bearing the crescent and star or anyone with a long beard will be prevented from using public transportation, reports Caijing.

The crackdown comes at the same time an athletic competition will be held in the city for the 13th year in a row. As explained in the report, the temporary ban will be instituted to ensure public safety during the games. Bus drivers are to notify police of anyone not complying with the temporary ban. As well, an inspection policy will make spot checks of all baggage carried on board public transportation.

Xinjiang has experienced violence in recent weeks from what state media describe as terror attacks. On August 3, state media reported a “gang” killed 37 civilians, while 59 attackers were killed by security forces. In July, tensions were again raised when students were forced to break their fast during Ramadan.