UPDATE 11:51am June 6: The suspect is said to be able to speak the local Wenzhou dialect, leading to early speculation that he is a local resident.

[Added pictures of bomb squad dismantling bomb directly at the scene to end of the post.]

One suspect has been caught after a bomb was detonated beside the entrance to a police sub-station in Wenzhou, Zhenjiang Province, reports People’s Daily. The blast happened at 9:36am today.

An eyewitness named Pan said after the device exploded, a man tried to detonate a second bomb but was caught by police.

The scene of the blast shows bomb fragments consisting of ball bearings, screws, and parts of firecrackers.

There are no reported injuries at this time. The motive of the attacker is also unknown. 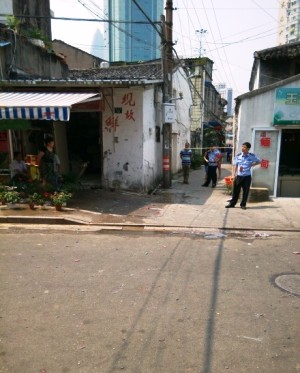 UPDATE: Here are pictures of a bomb squad dismantling the bomb: 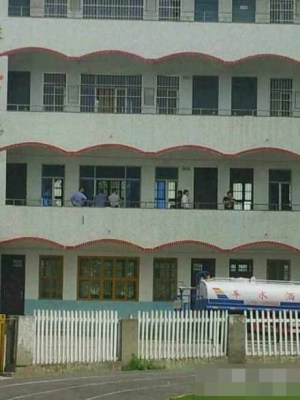 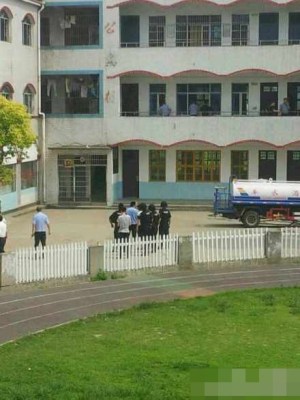 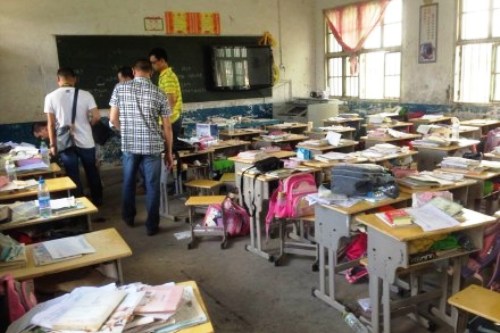 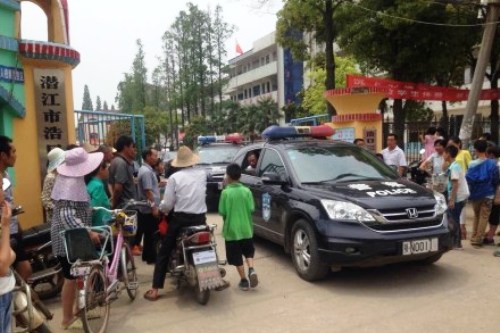 UPDATE 5:41pm June 9: Pictures from the scene show that a large hole has been made in the wall of the apartment from the blast, while an interior wall is described as having collapsed.

An explosion in the City of Chuxiong in Yunnan Province has left three dead and four injured, Xinhua reports.

A report from the Chuxiong People’s Government said that the explosion occurred at 2:30am today (June 9) at the Yunnan No. 5 Public Highway and Bridge Construction Company on 64 Xiyun Street in the Chuxiong Development Zone. The specific location of the explosion is named as apartment 401, building 3 and is located in an adjoining neighborhood to the company grounds.

All injured victims have been taken to hospital for treatment. The cause of the explosion is under investigation.

This news is just coming in tonight, so we hope to update this as we get more information. 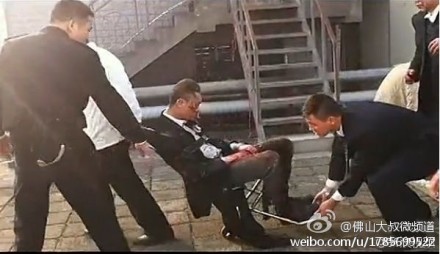 Nanfang readers have let us know that an explosion occurred in the Tianhe area of Guangzhou this afternoon. Xinhua published a story just a little while ago, noting a man killed himself and injured seven others in a residential community.  He was upset at his employer:

The public security bureau in Guangzhou, capital of Guangdong, said in a statement that local police received a report of the explosion at a residential community at about 3:53 p.m. Friday.

An initial investigation showed the man came to demand the payment of overdue wages from a company located at the residential quarter Friday afternoon.

He later ignited explosives on his body, killing himself and injuring seven others, according to the probe.

The video below has been posted by Southern Metropolis Daily.

If you were in the area when it happened, or have photos, let us know.

Correction: The original version of this story indicated that seven people had died; in fact, seven were injured. Our apologies for the error.