After a Shenzhen resident became the first person in China to win a cash reward for providing information leading to the arrest of a terrorism suspect, all Guangdong residents are now eligible to take part in the scheme, reports Xinhua.

Police authorities stated on Sunday that a cash reward up to RMB 500,000 (US $80,000) is now offered to any resident of Guangdong who provides information about terrorist attacks, terror suspects, terrorist funding activities, extremist activities and the production of books or videos that promote terrorist activities or recruit followers.

If you’re still worried about ratting out a potential terrorist, the Ministry of Public Security wants you to know it’s got your back. They’ve promised to protect informants, and will punish any police officers that allow informants to be harmed.

We’ve previously told you about a new way to earn cash in China that involves informing the authorities about potential terrorism suspects. And now, somebody has come forward to collect.

A man from Shenzhen is first to claim a cash reward for turning in somebody believed to be suspicious, reports Xinhua. The winner, surnamed Zheng, provided police with information that lead to the arrest of a wanted criminal by the Xinjiang police department on terrorism charges. The suspect had fled to Shenzhen in June, and Zheng was there to help put him away.

However, we don’t know how much Zhang got for his efforts. The reward was initially set between RMB 2,000 to RMB 500,000, but that there was no firm upper limit.

We do know that you can’t put a price on public safety. 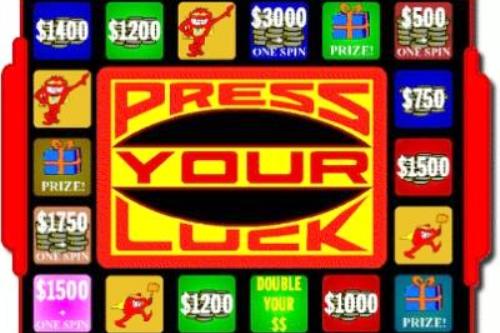 If you think “snitches get stitches”, the City of Shenzhen wants you to know that reporting on suspected terrorist plots isn’t just a civic duty, but a profit-earning opportunity as well.

The Shenzhen municipal public security bureau has announced a program to reward citizens who report on terrorist activities as well as suspicious people, objects and vehicles.

But that’s not all: Shenzhen police don’t just want any old wive’s tale, but the juiciest, plum tip-offs. That’s why they’re willing to pay tipsters according to a sliding scale depending upon “how much damage would have been caused” by the suspected plot, reported Shanghai Daily.

READ: 100,000 Beijingers Are Trying to Find Out if You Are a Terrorist

There has been no precedent set to determine which reported act of terrorism will be rewarded with what amount of money, but the cash rewards begin at RMB 2,000 and range upwards to RMB 500,000.

So don’t delay! If you spot potential terrorist activity call 110 (emergency services), send an e-mail, letter, text message, or leave a message on the local PSB website. You could always swing by in person, too.

Local entrepreneur Xiao Gongjun is offering the head of Dongguan’s environmental protection bureau a cool RMB100,000 (US$16,000) to swim in it’s dirty rivers.

Sound familiar? Xiao got the idea after a Zhejiang entrepreneur offered an RMB200,000 (US$32,000) reward if a plucky local official swam in that province’s polluted waters for 20 minutes.

The Guangdong-based businessman, inspired by the original idea, used Weibo on Monday to put his offer on the table.

He is willing to pay up if the senior official slips into a speedo for a 10-minute swim and basks in the plight local residents face on a daily basis.

Xiao lives by the Hanxi River, which smells in warm weather.

He reported the river’s condition to the Ministry of Environmental Protection when the Dongguan government was applying for the title of a national model city in environmental protection. The city won the title in 2011.

Just like the gentleman from Zhejiang, he wants to shine a spotlight on pollution, and the lack of action by the local government on tackling the filthy waterways.

The search for the man who rescued a girl last week, found dangling from a fourth floor balcony in Guangzhou has ended in success, according to Southern Metropolis Daily. Identified as “yellow T-shirt man”, he climbed up to save the girl who was struggling to breathe after falling through a gap in the balcony. He then discreetly left the scene.

Zhou Chong, 23, comes from Xiao Gan, Hubei Province. With the help of Zhou’s friend, reporter Yang Cheng found him in Dong Pu Zhu Town, Tian He District. When the reporter interviewed him, he was wearing the same yellow T-shirt for which he had become known.

“When I passed by Zhongshan Avenue, I saw a crowd gathered in front of an apartment building. I went to have a look, and I saw the toddler hanging between the gap of welded mesh screen on the balcony! Then I ran to her.” said Zhou, ” I did not hesitate, but in hindsight, I don’t know why I wasn’t more scared. I had to climb up from the balcony on the third floor because the baby was hanging from the fourth floor balcony, we did not know whether the welded mesh screen was firm or not.”

Zhou has four years experience as an electric welder in his hometown. He has also worked as a construction worker, and is accustomed to working at heights. He came to Guangzhou to look for work last month and is currently living with his cousin, who runs a supermarket where he spends his free time helping out.

As the rescue gained media attention, the demand for Zhou’s identity grew.

“Though we do not live in the same city, I recognized him when I saw reports on the Internet. He is a straightforward, bold man who sticks to his principles,” said Liu Hui hu, one of Zhou’s friends. ”I am glad he did the right thing, and hope he will do similar deeds in the future. But I also hope he doesn’t endanger his own safety too much,” said Zhou’s girlfriend.