Xiao Tu is a good guy. Recently graduated from a Sichuan university, Xiao came to Shenzhen looking for work. And on July 1, at Windows of the World, Xiao saw a woman in distress and tried to do the right thing. The problem is that “the right thing” hasn’t worked out for Xiao Tu.

Miss Liu had gone to a beer festival hosted by Windows of the World that night, and now found herself being molested by a man named Song. When Xiao Tu stepped in to rescue Liu from the sexual assault, it didn’t occur to Xiao that Song would get injured from the fracas; nor was he aware that Song was a security guard that works at Windows of the World.

The police considered Xiao Tu to have used excessive force, and had him sent to jail on July 2 for 15 days, reports Southcn. For his part in the incident, Song was jailed for only five days.

Xiao Liu, the woman who was being assaulted, apparently tried to get Song to help free Xiao Tu from prison, but Song brought up his medical costs, loss of wages, and rehabilitation fees totaling several hundreds of thousands of yuan.

On the evening Xiao Tu was released from jail, July 16, a news conference was held. Zhang Xin, deputy head of the Nanshan sub-office told reporters that the circumstances of this case are special. Zhang said police properly treated Xiao Tu in full compliance of the law. It was after an investigation that police discovered that the man that was being detained was a good Samaritan who was not responsible for Song’s injuries. Police said they will compensate Xiao Tu for his bravery.

As encouraging as it is to hear good Samaritans being rewarded for their deeds, it may actually be too late for this “nice guy”. In an interview, Xiao Tu asserted his innocence, but said:

I have always considered myself to have done the right thing. However, the law is the law; the law thinks that I have intentionally hurt this man, but I had no choice.

Xiao Tu refused to settle this case out of court with Song because his principles wouldn’t allow him to admit he was wrong. As well, Xiao simply didn’t have the money Song was asking for.

However, Xiao Tu was very forthcoming in describing how the incident has changed him:

I have no regrets. But in jail I have come to the conclusion that the next time I encounter such a situation, I won’t volunteer myself to help. I will just call the police instead.

A country that sorely needs good Samaritans now has one fewer of them.

China’s Ambassador to Tanzania Blasts Own Countrymen In Epic Rant 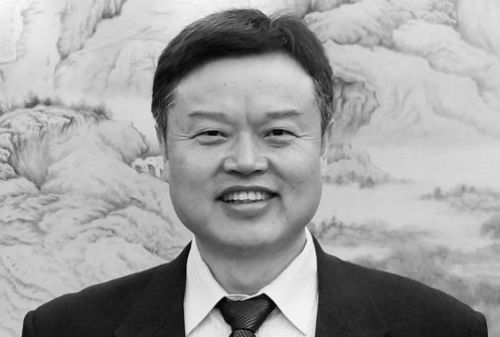 China’s ambassador to Tanzania Lu Youqing has unleashed a torrent of criticism at his own people in a rant during an interview. Lu said his job is much harder than other ambassadors because Chinese people give him a “headache”, they lack respect of the law, and promote disunity among Tanzanians.

Lu is presiding over a great expansion in trade between the two countries, which has seen an influx of Chinese people in the country. China is now Tanzania’s second largest trading partner with US$3.69 billion in trade last year. Still, Lu can’t stop complaining about Chinese people. In an interview with Southern Metropolis, he said:

There are about 70 embassies in Tanzania. No embassy of another country is like ours. All day (we’re) worried about consul problems involving Chinese nationals. No other country’s citizens are like our citizens who incessantly complain about unfair treatment, like during luggage searches at airport customs, being stopped by police in traffic… these incidences give me a headache.

Our personal bad habits have followed us! After coming to Africa, number one, there will definitely be internal strife and disunification in which a lot of people will have problems. A person on their own, or a company–that won’t be a problem. But if there are several (Chinese) people, or several (Chinese) companies, then they will steal from each other. A contractor will often fight with his own people, traders will try to poach from each other, and slander each other. It’s gotten to the point where Chinese companies here in Tanzania will search out a government representative to bribe and get them to stand for their interests. In 2012, two Chinese companies ruined a Tanzania transport department head and deputy department head. They provoked infighting between the two government officials, and in the end the president of Tanzania dismissed them both.

Secondly, they lack awareness of the law. We can’t reasonably insist that everybody be so, and also this is just a small minority of people, naturally. For example, ivory smuggling, rhinoceros horn smuggling, illegal mines; the local laws forbid the transporting of prohibited items out of the country. Each time Tanzania announces they are going to capture ivory smugglers, we (at the embassy) get nervous. However, it always turns out the same way. The governor of the province of Dar es Salaam told me he once saw a police officer bar the path of a Chinese motorist. The governor did not consider this to be a friendly way to treat Chinese nationals, and so he had a complaint made against the police officer. The police officer reported to his superior that there was a car that contained ivory; however, the Chinese motorist denied this. During an extensive search, the hood of the car was opened, and placed upon the engine was an amount of ivory. After this, the governor had less to say in support of Chinese people.

At the airport, Chinese nationals often have their luggage searched. In regards to this, I sought out the director for the Tanzania customs. He agreed that he didn’t want to have to do this, especially as it resulted in more work for his department. Our embassy staff was very nervous. Then he let me see a series of photographs: they were all of ivory smugglers. One woman even tried to smuggle ivory in her bra. Tanzania custom agents are no fools; if they find one person who doesn’t have any, or two, or ten, they will still search a Chinese person. As well, all of the people who get investigated have a speech to tell me: “Ambassador, we have helped them so much; how can they treat us like this in return?” They don’t have even a single bit of awareness of the law.

China’s petitioners have a history of “gao yuzhuang” (告御状) where victims of injustice during China’s feudal times would petition officials in hope of redressing their grievances. When attempts failed, petitioners often resorted to extreme measures.

In today’s Guangzhou (or China at large), not much has changed: disgruntled petitioners denied redress often draw attention to their issues by threatening to harm themselves.

According to figures released by the Guangzhou Politics and Law Commission, Guangzhou has seen a sharp rise in incidents of “malicious acts of jumping from bridges,” said the commission in charge of the city’s social stability and legal affairs.

“Since April 14, Guangzhou has seen 85 cases of people climbing atop a bridge, of which 73 were not suicide attempts. Almost 90 percent of the people attempting the act were not local residents and most of the cases in question were not related to issues in Guangzhou,” said Luo Zhenliang, deputy head of the city’s police department, reported by Nanfang Net on April 18.

These attention-seeking methods were labelled by the official as “kidnapping Guangzhou’s public interest, damaging the city’s image and severely affecting people’s normal life.”

To further clarify his point, the commission cited stacks of well prepared figures. In April 2009 alone, Zhuhai had 8 incidents of attention seekers threatening to jump from the Zhuhai Bridge. As a result, the Zhuhai fire brigade sent out 49 firefighters, eight fire trucks and eight 22-meter-long air cushions, an ambulance with a doctor and two nurses, leading to a direct economic loss of more than RMB 1 million ($162,000).

Admittedly, these acts cause unnecessary economic losses. But when the ideal petition process through the Petition Bureau is less than satisfactory, and the legal system offers little recourse, the number of bridge jumpers is unlikely to decrease any time soon.