Not Again: Foxconn Worker Jumps to His Death in Shenzhen

A Foxconn worker jumped to his death in Shenzhen on Sunday (July 27), the latest in a string of suicides the company had largely determined it had ended.

In a statement, Foxconn said that the man, identified as Mr. Kang, took his own life during his down time and the company pledged to do whatever it could for the family and to assist the police in any further investigation.

The 22 year-old died instantly after jumping from the seventh floor at the Baiming Garden dormitory in Longhua New Zone at around 4 p.m. Baiming Garden is not one of the dormitories provided by Foxconn, but an optional living complex for staff.

According to Kang’s sister, he is from Loudi in Hunan Province and came to Foxconn three years ago to be an assembly line worker. “He was a happy and outgoing person. We never saw such a thing happening to him,” she told media. Some people tried to take to his QQ homepage to pay their respects or get some information about Kang’s final days but it is entirely blocked.

The string of suicides at Foxconn saw 18 attempted suicides with fourteen deaths between January and November 2010 drew headlines worldwide. The subsequent scrutiny led to improvements at the company, including installing nets at some locations to catch would-be jumpers.

Foxconn is a global manufacturer for several well-known brands, including Apple, Samsung, and other technology companies. 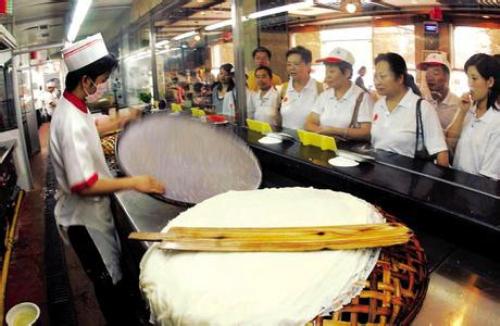 Homeschooling on the rise in China, but Shenzhen lags behind

The 21st Century Education Research Institute has released a study titled “2013 Research Report into Homeschooling in China,” Guangzhou Daily reported yesterday. According to the report, there are currently 18,000 kids being homeschooled nationwide and most are in developed areas such as Guangdong, Zhejiang and Beijing. However, an investigation by the newspaper revealed that Shenzhen is lagging behind other developed areas.

The research report found that the five main reasons why people choose to homeschool are: “Don’t share the education philosophy of local schools” (54.19%), “Feel that children progress too slowly in the school system” (9.5%), “Feel that children don’t get the respect they deserve when in school” (7.26%), “Children cannot bear school life” (6.07%) and “Religious beliefs” (5.59%).

After discovering that Shenzhen had fewer homeschooling families than other rich cities and most of those lived in remote parts of the city with fewer educational resources, the paper sent some reporters to interview some of the parents who had already taken the plunge.

Chen Jiwen says his son would get in trouble at school simply for showing curiosity. His mother also observed that in his kindergarten there were 30-40 kids in the class and a teacher would often just put the TV on to keep the kids quiet.

The couple decided to contact their family members in Nanjing to prepare themselves for homeschooling. They also went online to get the right resources, they told the paper. Chen and Yong make sure they set aside enough time for leisure and social activities for their son: “We teach him basic qualities, such as sincerity, kindness and a sense of fairness.”

Another reason cited for choosing to homeschool is cost effectiveness.

Mrs. Li, who lives near Wutong Mountain with her American husband, intends to school her daughter in her own tiny private bilingual school so that her daughter’s early education wastes less time and saves more money than her own.

“I believe an increasing number of parents will have the same idea as me,” Li told the paper.

Zhu Keheng of the Shenzhen Party Committee admitted that homeschooling had many advantages but stressed that it could have a negative effect on a child’s psychological and social development.

After it was reported yesterday that the Beijing bomber’s case had been reopened in Guangdong, one respected China watcher observed that committing high-profile acts of violence seemed to be the only way the average person could get their voice heard.

This may be the start of a trend judging by the actions of a man at a Bank of Communications in Shenzhen’s Longhua New Zone on Sunday (July 21). Unhappy with the service he was getting at the bank, he caused it to be cordoned off by police for three hours after claiming over the phone that there was a bomb in a red suitcase in the bank, Baoan Daily reports.

The bank was evacuated as soon as the call was made. Police arrived with sniffer dogs and an explosive ordnance team and indeed there was an unattended red suitcase in the bank. However, there turned out to be nothing in the suitcase.

The man was caught and is currently being detained in Longhua.

Update: Police in Shenzhen find alleged killer of 16-year old girl in a hostel in Longhua

It was a horrific start to the new year: a teenaged girl in Shenzhen goes missing, her body found the following day. There was some concern Tsang Yue Laitong, only 16 years old, may have given away her whereabouts online, as she frequently tweeted her plans on Sina Weibo. (You can read background to the story here.)

Fortunately, Shenzhen police seem to work fairly quickly.  At 3:24pm yesterday (January 21), Shenzhen police posted on its Weibo account that a man wanted in connection with Lai’s killing, surnamed Meng, has been arrested.  Police found him at a hostel in Longhua District. Meng is only 19 years old and hails from Guizhou, and admitted he was the one who killed Tsang.

Tsang’s sister posted on Weibo an hour later saying she’s thankful for all the attention given to her sister’s case and hopes the legal system will now work through the case in a fair manner.

Tsang’s disappearance and her alleged killer’s subsequent arrest has galvanized people on Sina Weibo.  It is a trending topic with 1,193,127 posts about it as of this writing. One netizen also dug up Meng’s QQ space.

Most of the netizens say it is a pity that a young girl has died this way with many calling Meng simply crazy.

Another interesting angle to this story is the growing use of Sina Weibo by the Shenzhen Police department.  In a few stories of late, they have been updating the status of their cases and releasing new information via the platform. In this case, you can follow along with every development here (in Chinese only).

The Chinese proverb “养儿防老” means having sons is a good way of ensuring you are looked after in your old age. For one 83 year-old man in Shenzhen’s Longhua New Zone, this couldn’t be more true… sort of.

After the man, Huang, had gone missing for 8 days, his sons found him in a homeless shelter. To ensure they won’t lose him again, they have shackled his ankles with cloth, local media reported yesterday.

Huang suffers from dementia and has a tendency to wander around aimlessly and get lost, according to his wife, He.

Huang’s wife who is also in her eighties

The couple have two sons, but both are too busy to look after Huang, as are their wives, He told media. Initially, neighbours suspected that Huang was being abused by his sons, but the family denies the claims.

The sons paid to bring Huang and He down from Sichuan so they could look after them in their old age. Last year the sons paid over 10,000 RMB for life-saving brain surgery for Huang.

When he was missing for eight days, the sons bought an advertisement on television to find him, according to Sina News.

The sons have a business in Baoan District’s Chuangye Park and give their parents an allowance of 1,000 a month.