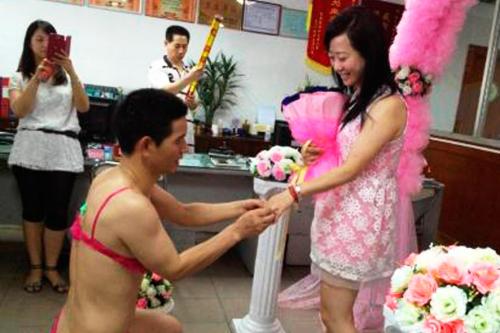 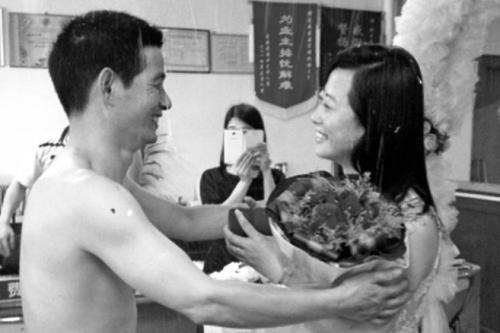 Foshan, the most romantic city in China?

Forget about Paris. Start packing for Foshan, the newly minted, most romantic city in China, at least according to Amazon.

The industrial city in central Guangdong province was rated as the most romantic city in China by the online shopping website based on the total number of love-themed books, e-books and CDs sold in China last year, Yangcheng Evening News reported.

The result did not prompt much celebration. Instead, netizens greeted the news with sneers and skepticism. Among 26 people interviewed by the newspaper following the release of the results, 21 respondents said it was bukaopu, meaning “unreliable” in English.

Here are some reactions online:

Dongguan, the epicenter of the recent crackdown on the sex trade, was ranked third on the list. Some fervent Dongguan supporters protested over several grumpy online posts.

“Foshan is the most romantic city? Dongguan should be the first,” wrote 耿炎Glaube.

A local in Foshan, Mr Zhou, said he can’t understand how Foshan placed first. “Every time I want to go on a date with my girlfriend we don’t know where to go. Instead, we have to travel to Guangzhou for a date. Where exactly is romantic in Foshan?” Zhou asked.

Almost everyone is back and people have started work, but now Valentine’s Day is almost here so make sure you have your romantic dinner and present ready. In the meantime, here’s what’s happening this weekend:

Feb. 13th – Thursday Frisbee Throwing Training by the SZUPA – Join the SZUPA Thursdays if you’d like to learn the basics of throwing and catching a frisbee.

Feb. 14th - Celebrate Valentines Day at The Tavern Sports Bar & Grill – Enjoy the beautiful scenery of the newly-revamped Seaworld at The Tavern on Valentine’s day.

Feb. 14th - A Valentine’s Dinner at Milano Italian Restaurant – Milano’s is my favorite Italian restaurant in Shenzhen. If you’d like a romantic setting with delicious food, you’ve found the perfect place.

Feb. 15th – Shenzhen School Music Festival – Ten Shenzhen school bands and one band from Guangzhou will be performing in B10 Live. Sounds very interesting to see the development of new music in the PRD.

What are the 10 most romantic things to do in Shenzhen? One blogger weighs in

Microblogger Foodie Li Mounan has listed the to most romantic things to do with one’s girlfriend in Shenzhen. His list was forwarded by microblog Shenzhen No. 1 and sparked much discussion.

One respondent feels that some activities had been left out such as searching for bargains in Huaqiangbei and being surrounded by 屌丝 (a trendy slang word for “loser”) in Dongmen.

Some said they had done all of those things but not always on dates. Others vowed to do all of them with their special person. What do you think?

Valentine’s Day is only a week away, do you have plans yet?

February is known as the month of love in China, largely because it contains both the traditional western day of love (Valentine’s Day) as well as the “lover’s day” in China, which falls on the 15th day of the Lunar New Year.

The Chinese-celebrated day is already behind us, leaving the big kahuna coming up next week: St. Valentine’s Day.  If you haven’t made plans yet to serenade your loved one in the PRD, the China Hotel (A Marriott Hotel!) in Guangzhou has passed us a few ideas to share with you.  All of the below are specials are for February 14 only.

Treat that special someone in your life to a decadent 5-course candle light set dinner for two at Guangzhou’s finest steakhouse. Let the romantic candle lit ambiance set the mood with an evening filled with delectable delicacies, romantic sparkling welcome drink, and a truly unique take away gift for all ladies.

Celebrate Valentine’s Day at Four Seasons, with the epitome of classic Cantonese cuisine. A specially chosen romantic set dinner for two awaits you and your lover on this special evening, including roses and a unique take away gift for all ladies.

Red is the international color of love and this year, love is in the air at Café Veranda. Our buffet will be transformed into an all red buffet complete with red candle light, romantic dishes and a lovely red welcome drink for all guests.

If you have an event or special to tell us about for Valentine’s Day, send it to admin(at)thenanfang(dot)com.